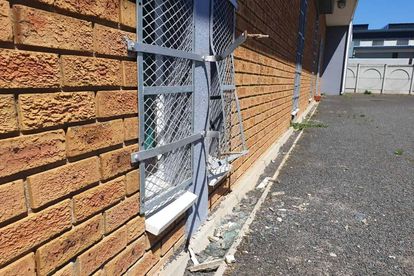 Image supplied by the City of Cape Town

Image supplied by the City of Cape Town

The Democratic Alliance (DA) released a statement on Wednesday 7 November 2019, strongly condemning the staggering amount of theft and attacks on libraries in Cape Town.

The City of Cape Town has submitted a total of 58 insurance claims since January 2019. The claims total R578 000 thus far. The DA expressed that money spent restocking and repairing existing libraries would be better spent on other opportunity-rich infrastructure for residents.

What will be done to safeguard Cape Town libraries

MPP Derrick America said: “The amount of equipment that has been stolen has a negative effect not only on the City but on the communities and their residents.

I will be meeting with library services as well as the City of Cape Town to ensure that security personnel are employed as well as increased building security added.

The attacks on the Metro’s libraries are unacceptable. This is a matter of growing concern which has spiralled out of control.

As libraries are a vital source of information and a place of necessary resources and opportunity for young people in our province, attacks on this infrastructure is an attack on our very communities.” MPP America added.

The City of Cape Town’s Retreat Library has been closed until further notice after burglars broke into the facility at the weekend of 3 November 2019. The burglars stole equipment and vandalised several areas in the library. The closure impacts many matric pupils who use the facility to prepare for exams.

“Just last week we implored communities to take ownership of facilities and highlighted how acts of theft and vandalism cripple our libraries in fulfilling their critical role in providing information and support for education.

On Sunday evening, the Retreat Library was burgled and vandalised extensively and it’s an act we condemn in the strongest terms,” said the City’s Mayoral Committee Member for Community Services and Health, Councillor Zahid Badroodien.

The implications for students

According to a press statement, the thieves took four new mini SmartCape computers which had been locked in a cage, an additional four computers and a monitor, as well as a SmartCape monitor and printer, collectively worth more than R62 000.

“The impact and implications for those people depending on the facility for information and a place to study is far-reaching and goes way beyond the damage caused at the vandalised facility and the stolen equipment,” added Councillor Badroodien.

Report any suspicious behaviour to the City’s Public Emergency Communication Centre by dialing 021 480 7700 from a cell phone.