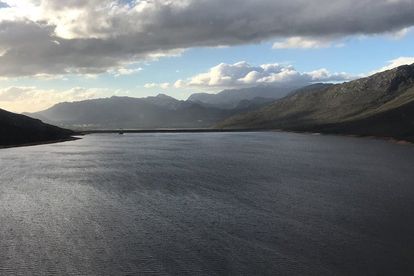 After being barraged by flurries of rain and snow, the Cape Town dams have once again recorded a sizeable increase in their water levels.

It marks a sixth-consecutive week of gains for the facilities, which were looking positively desperate and parched just under two months ago. Figures released by the Western Cape government on Monday will have their residents rejoicing.

Updated figures from last Wednesday showed a marginal midweek increase. With further dam level data being released later this week, it is entirely plausible that Monday’s rains – not yet taken into account by the city – could push the average beyond 50%.

Anton Bredell is the minister of Local Government, Environmental Affairs and Development Planning in the Western Cape. He turned his attention towards the extreme weather patterns that dogged the province last week:

“The public is advised to contact their closest disaster management centre as quickly as possible should an emergency occur. We are also calling on communities to cooperate with local authorities and emergency response personnel in the event of an emergency.”

Dams serving the rest of the Western Cape also enjoyed a healthy increase, with the average total standing at 41.5% – almost double the capacity figures of 12 months ago.

However, Bredell expressed concern about the Gouritz River catchment, which actually saw water levels decline. The minister stated no-one is out of the woods yet and that the province still needs to do everything possible to save water.

“Areas in the Karoo, the Klein Karoo, Boesmanland and Langkloof are still waiting for relief. On a provincial level, we must continue to adhere to water restrictions and reduce water demand.”