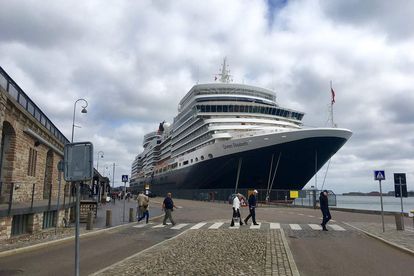 Cape Town is hoping to become one of the world’s most popular cruise liner destinations after announcing the Cruise Cape Town Project.

Tourism, trade, and investment company Wesgro have confirmed that a Memorandum of Understanding (MoU) will be signed in the coming weeks that will allow for greater port access for large cruise liners from all over the world.

With the V&A Waterfront having already pumped almost R60 million into improvements to the Cape Town Cruise Terminal, and tourists have flocked to the city in droves ever since.

More than 266 000 passengers have walked through the customs terminal since 2015, with 150 ships having docked in the harbour.

Local stakeholders in the project include Transnet, the V&A Waterfront, the Western Cape government, Wesgro, The City of Cape Town, the SA Maritime Safety Authority (SAMSA).

The broad objectives of the project are to increase cruise liner access and mobility in and out of Cape Town, as well as to improve Cape Town’s competitiveness in the global cruise industry.

Ultimately, the resulting steering committee would like to see Cape Town represented at the Seatrade Cruise Global 2020, the largest cruise industry gathering in the world, taking place from 20 to 23 April at Miami Beach, Florida.

A cruise ship carrying about 2 000 passengers results in spending to the value of about R2 million per day at a destination, Cape Town’s Mayoral Committee Member for Economic Opportunities and Asset Management Alderman James Vos said in 2019.

Capetonians flock to the harbour to catch a sight of the famous Queen Elizabeth 2 whenever she arrives, and the city has also hosted several well-renowned ships that are set to make multiple trips to the Mother City in 2020.

V&A Waterfront marine and industrial executive manager  Andre Blaine said that passenger numbers coming into the harbour were up 19%.

He said that Cape Town is considered a great “turn-around port” for cruise liners, and expects the influx of tourists to do wonders for Western Cape industry.

“There has also been a significant increase in interest from international cruise operators in adding Cape Town to their itineraries,” he said.

“These include TUI Cruises, AIDA Cruises, MSC Cruises and Royal Caribbean. We are also seeing growth in local cruising along the coast between Cape Town and Port Elizabeth.”