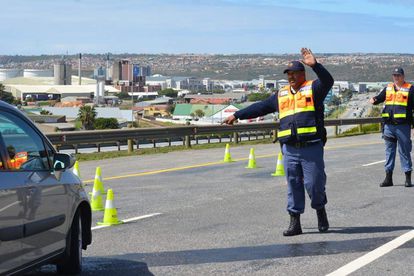 The N1 Southbound is expected to be especially busy as ZCC congregants make their way to Moria throughout the weekend.

The N1 Southbound is expected to be especially busy as ZCC congregants make their way to Moria throughout the weekend.

The city was raining roadblocks

Roadblocks were conducted in areas such as Nyanga, Somerset West, Macassar, Mfuleni, Ravensmead, Goodwood and Philippi East. The boys’ in blue reported that over 132 were caught drinking and driving.

“Metro Police and Traffic officers arrested 132 drunk drivers between them over the weekend. The continued disregard for law and order is staggering, but frankly, not unsurprising.

While convictions are not the City’s responsibility, we will attempt, going forward, to try and cast a spotlight on the conviction rate, because the manner in which some motorists behave, suggests they believe there are no consequences for their actions.”

Drag racing was stopped in its’ tracks

There were illegal street racing congregations in areas such as Delft, Khayelitsha, Athlone and Mitchells Plain. Over 53 motorists were arrested for drunk driving and 11 for negligent and reckless driving.

Officers on duty eagerly assisted 13 motorists who were experiencing mechanical breakdowns on the N2, R300, Spine Road and Baden Powell Drive and they further issued 462 traffic and by-law fines to road users.

During this escapade, one of those arrested was a 43-year-old taxi driver with 61 outstanding warrants valued at R135 800. Further 65 arrests were made, 11 impounded vehicles and 755 issued fines for road-side offences.

“In a society already saturated with illegal firearms, the increased use of imitation firearms is of grave concern. The average person is unable to tell the difference, but that matters little as it remains an extremely traumatising experience that is being exploited by criminals. We call on the courts to take these factors into consideration when dealing with these cases, and to send a strong message that it will not be tolerated.”

The City’s Metro Police Department and Traffic Service made 167 arrests in total during the last week.