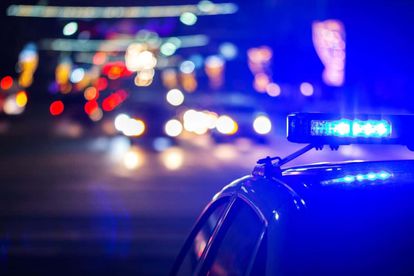 A 33-year-old businessman from Benoni was kidnapped. The news was initially shared by Social Cohesion Advocate Yusuf Abramjee on Saturday, 25 April 2021.

No other details had been made available at the time of publishing. We’ve reached out for comment and will update this article as and when confirmation is received.

This follows after a Maputo businessman was kidnapped earlier this month on Rua Fernandes Farinha, in Maputo. The kidnapping was caught on video; both the man and his wife was injured during the incident.

Shockingly, a report by Xinhua back in October 2020 showed that 114 people have been kidnapped from Maputo and Beira since 2019. At the time, Zeyn Badati, a representative of the business community, said:

“We want a city in Beira free from kidnappings, but also an entire Mozambique free from this type of crime”

Back in March, a 47-year-old man from Belville, Cape Town was robbed and kidnapped at gunpoint. Authorities later rescued him from the clutches of a gang of kidnappers who demanded a ransom for his safe return.

Following his extraction from the Nyanga informal settlement where he was held, ten suspects between the ages of 20 and 30 were arrested. The suspects appeared in the Bellville Magistrates’ Court Monday 29 March 2021.

“A substantial amount of cash as well as a cellphone was taken from him before he was taken away.”

Also in March, the Hawks apprehended six suspects who kidnapped a victim and demanded a ransom of R2 million. It later came out that two police officers were among the kidnappers, who posed as members of the Hawks unit.

Hawks spokesperson Katlego Mogale said the suspects, aged 32 to 48, were arrested in Johannesburg and would be facing charges of kidnapping and extortion. Mogale explained:

“Information was received of a person who was allegedly kidnapped by persons who purported that they worked for the Hawks and were looking for the victim on a money laundering case. Further investigation led to the victim being able to positively identify his kidnappers, amongst them a sergeant, a constable as well as one suspect who was sought for another corruption case”.