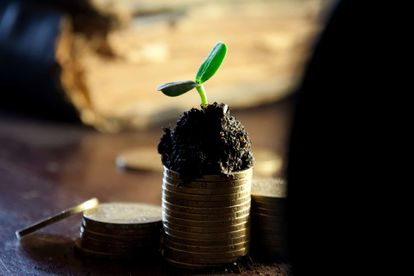 In another blow to South Africa’s already reeling economy, the World Bank has cuts its forecasts for the country’s growth in 2019 and 2020.

The Washington-based global financial institution believes that full-year growth for 2019 will be only 0.4%, rather than the already low 1.1% it previously predicted.

For 2020, the bank now expects growth of 0.9%, rather than the previous estimate of 1.5%. It is the first institution to cut its economic growth forecast for South Africa to below 1% for this year due to electricity supply concerns.

The bank said the outlook for Africa’s most-industrialised economy is “markedly weaker” due to the power situation, as well as low business confidence, uncertainty around government policy and infrastructure constraints.

“The bank’s revision comes as Eskom Holdings SOC Ltd., which generates about 95% of the country’s electricity, resumes rolling blackouts earlier than expected. The power cuts threaten to drag on an economy stuck in the longest downward cycle since 1945 and that hasn’t expanded by more than 2% annually since 2013,” Bloomberg said in a report published on Thursday 9 January.

It went on to quote the New York-based Goldman Sachs investment bank as saying that the debt-ridden power utility is the biggest threat to South Africa’s economy and is putting the country at risk of a second recession in as many years.

However, the World Bank’s Global Economic Prospects Report is more upbeat about our economic outlook post-2020. It sees GDP growth averaging 1.4% in 2021-22 if President Cyril Ramaphosa’s administration is able to ramp up structural reforms and address policy uncertainty, and if there’s a recovery in public and private sector investment.

Positives for other emerging markets

In contrast to its outlook for South Africa, the Global Economic Prospects Report said emerging market economies are expected to see a pickup in growth to 4.3% in 2020 from 4.1% in 2019, although these are both a half percentage point lower than forecasts made in June.

Much of the emerging market improvement is driven by eight countries, the World Bank said. Argentina and Iran are expected to emerge from recessions in 2020, and prospects are expected to improve for six countries that struggled with slowdowns in 2019: Brazil, India, Mexico, Russia, Saudi Arabia and Turkey.

It is likely that the Iran prediction was made prior to its current confrontation with the United States over the killing of senior Iranian military commander, Qassem Soleimani.

Looking at the global economy in general, the World Bank said 2019 marked the weakest economic expansion since the global financial crisis a decade ago, and 2020, while a slight improvement, remained vulnerable to uncertainties over trade and geopolitical tensions.