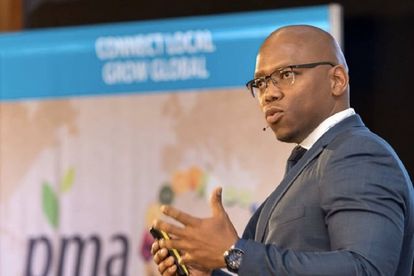 The Land Bank has unveiled Ayanda Kanana as its new permanent chief executive officer (CEO), a move that is aimed at stabilising the state-owned entity’s (SOE) management structure.

The announcement comes a month after New York-based rating agency Moody’s downgraded the Land Bank to junk status, making it the first South African SOE to receive such a negative outlook in history.

Part of Moody’s decision to downgrade the Land Bank was owed to “the prolonged period of uncertainty in relation to appointing a permanent CEO.”

“For the Land Bank, corporate governance remains a key credit consideration,” the rating agency noted in its statement.

Who is Ayanda Kanana?

In response to this, the agriculture and land entity sought to make two crucial permanent appointments in its management formation.

Prior to the appointment of Kanana, the Land Bank announced Khensani Mukhari as its new chief financial officer.

The last piece of the jigsaw puzzle was placing a permanent CEO at the highest seat of the entity, and according to Chairperson of the Land Bank Board, Arthur Moloto, Kanana fits right in as the perfect candidate.

In a press statement, the Land Bank confirmed that Kanana is a qualified Chartered Accountant (CA), “with in-depth knowledge of the agriculture sector.”

Kanana is currently serving his last few days as the CEO of the Johannesburg Fresh Produce Market.

“He has served on various Board structures and he is currently the Chairperson of the Audit and Risk Committee for the East London Industrial Development Zone. Ayanda has also won multiple industry awards with the most recent one being Public Sector CEO of the Year 2019 by the Association for the Advancement of Black Accountants of Southern Africa (ABASA),” the Land Bank revealed.

Moloto made it known that the entity hopes that the acquisition of Mukhari and Kanana will turn the heads of rating agency and encourage positive credit outlooks in the near future.

Both appointments were approved by Finance Minister Tito Mboweni.