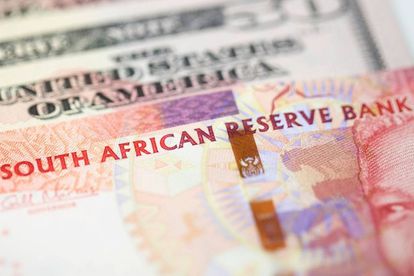 Well would you look at that? South Africa’s flagship currency has staged a major recovery against the US Dollar this week, reaching levels not seen since 2019. The Rand briefly dipped below the $1 : R14 mark on Monday, before stabilising between R14.00 to R14.10. But what has caused this fluctuation in the exchange rate?

What is the latest exchange rate for the US Dollar and the South African Rand on Monday 10 May?

This time last year, the Rand was in meltdown against the US Dollar. As the value threatened to break the R20 mark, months of gradual recovery brought the currency back to the R15 range. But, following a strong few weeks, ZAR has made in-roads on the greenback – yet experts believe this is probably the peak of the resurgence:

“It will be interesting to see whether there is enough momentum for the rand to make a run at the 14.00 level. The expectation is for the rand to test lower, but the fact that 14.05 has held a couple of times leads us to believe that going lower could be a tough slog.” | Andre Cilliers, currency strategist at TreasuryONE.

$USDZAR Rand below R14 to the US dollar.

Why is ZAR performing so well?

Quite simply, some jitters in America have helped the Rand along here. Lower-than-expected job creation numbers, combined with higher-than-expected unemployment figures, have somewhat devalued the US Dollar in foreign markets, allowing currencies like ZAR to gain ground on the exchange rate.

Although some have claimed that the Rand has strengthened against the Dollar due to Ramaphosa’s decision to suspend Ace Magashule from the ANC, this suggestion remains anecdotal. This swing in value could, however, lead to cheaper petrol prices next month – given that our oil costs are partly dependent on ZAR’s performance against USD.

With the risk on tone and the everything rally continuing this Monday, the rand breaks 14.00 to the US dollar. pic.twitter.com/whYP8047CM