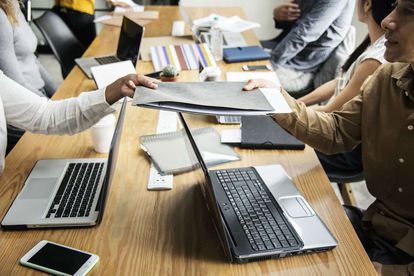 Through analysing the data, businesses can pinpoint the problems most commonly experienced in industries around the world, and find innovative ways to solve it.

The survey also looked at which roles were the hardest to fill, and the challenges don’t necessarily include the rise of artificial technology and automated jobs.

The data was collected from nearly 40,000 employers across six industry sectors in 43 countries, including more than 700 South African businesses.

The top hardest jobs to fill in South Africa are:

Compared to the rest of the world, South Africa has no problem placing production and machine operators in manufacturing positions, an issue that several other countries, including the United States, battle constantly.

There are several factors why these jobs remain so hard to fill, with the most significant obstacle being lack of experience.

Among 14% of positions, South African applicants expected a higher pay than offered, compared to 12% on a global scale. Only 2% were expecting better benefits, which is on par with global statistics.

The data also showed that 9% of applicants lack the required soft skills for a job, while 18% lack the necessary hard skills. A lack of applicants, on the other hand, only accounted for 10%.

Shortage of skill increasing on a global scale

The survey also found that talent shortages are increasing on a global scale with Japan, Romania and Taiwan feeling the brunt of it, with 89%, 81%, and 78% difficulty, respectively.

On the other end of the spectrum, China, Ireland and UK had the least difficulty when it came to talent shortages, reporting only 13%, 18% and 19% respectively. Out of a global average of 45%, South Africa clocks in at 32%.

Approximately 32% offered additional perks and benefits, while nearly 30% of employers offered bigger salary packages. Out of all the employers partaking in the survey, 23% considered flexible hours and remote working. 16% preferred to outsource their work to other companies or countries.

The Manpower Group showed that by investing in training, scouring external markets for talent, and utilising “outside talent” like freelance workers, companies can overcome these obstacles.

How to solve the talent shortage in your organisation —> Build, Buy, Borrow and Bridgehttps://t.co/D4oFQwsGPS pic.twitter.com/9klCR4iVJL