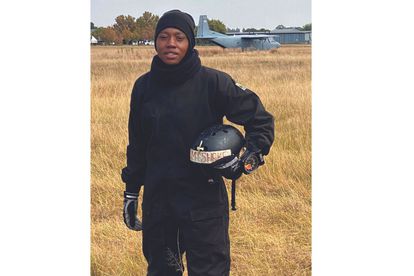 A paratrooper is a military parachutist who is trained to parachute during military operations and functions as part of an airborne force.

“When you join the SANDF, you see many things you would like to do. Being a paratrooper was one of those for me because they test your fitness level, both physically and mentally, and your perseverance as a human being.”

Born in Mangaung, Free State, Nomtsheke was not initially interested in joining the SANDF, but wanted to become a soccer player after matric.

However, in 2016, when the opportunity arose to be part of the SANDF, she applied.

“For me, it was more about securing employment and being able to provide for my family. Unfortunately, by the time I received a callback I was in Taiwan for the World Student Games.”

When the opportunity arose again in 2020, she grabbed it with both hands.

“It is very rare to get the same opportunity twice.

I grabbed the opportunity and made the best of it. Military training is not a walk in the park, since you experience late nights and early mornings, but I wanted to give it my best shot.”

By the end of the gruelling nine-month basic military training at the SA Army Infantry School in Oudtshoorn, Western Cape, Nomtsheke’s determination paid off as she was named the best practical learner and best overall learner. 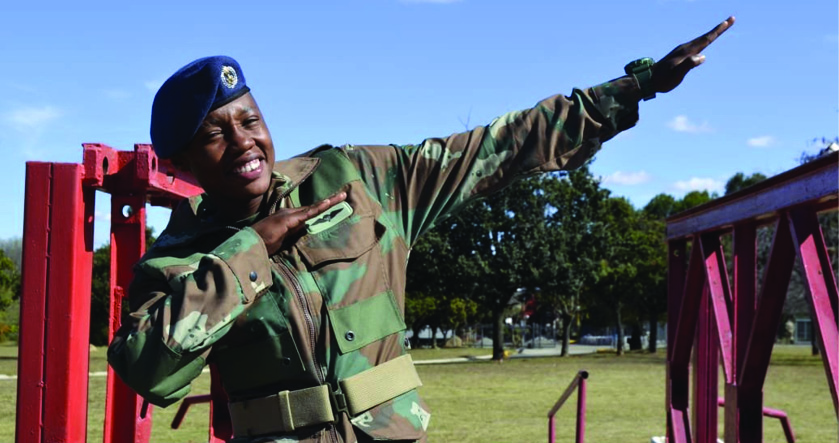 “Being part of the airborne family means I mainly work with the aircraft and the parachute. It is such an exhilarating experience. In the beginning, I used to get scared because it was risky, but I am now confident in my quality of training and I know that our instructors and colleagues take all the necessary precautions.”

Women in the defence force

Nomtsheke says being the first in her field is indicative to young girls that anything is attainable if one puts their mind to it.

“It is very important that we have a significant number of women in the defence force, because right now it is dominated by men. The female touch is needed almost everywhere as women bring many good leadership skills. What is needed is support and room for them to prove themselves.”

Her message to women reaching for their dreams is: “Follow your heart. Be bold and trust yourself.”