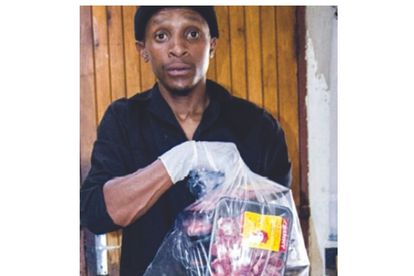 Luxolo Xengana is an entrepreneur cashing in on South Africa’s love of chicken. Image: GCIS Vuk’uzenzele

Luxolo Xengana is an entrepreneur cashing in on South Africa’s love of chicken. Image: GCIS Vuk’uzenzele

With failure not an option, Luxolo Xengana (27) started an agro-processing business three years ago, selling chicken products at a competitive price to people in low-income communities.

Xengana, who grew up in Ennerdale, south of Johannesburg, says because he understands the struggles faced by vulnerable communities, he wants to make food affordable to all.

“My goal is affordable quality,” he says.

Initially, he sold pre-packed chicken livers, feet, hearts, gizzards and necks, which he sourced from poultry abattoirs, but he has since expanded to sell chicken pieces, which are sourced from local farmers.

His target market is small communities, which he reaches through partnerships with local tuckshops. He also sells his products at market stalls. He currently services Ennerdale, Lawley, Finetown, Vlakfontein and Lehae.

He found out about the NYDA through an internet search and visited its Johannesburg branch.

Xengana says he has faced many difficulties but that his passion for the industry kept him motivated. “We started selling door-to-door, but I had to restructure my business and build partnerships to sustain it in the long run.”

ALSO READ: CHICKEN GIZZARDS ON A BED OF RICE FOR A TASTY MID-WEEK MEAL

The entrepreneur believes the poultry industry is important to South Africa because chicken is an affordable source of protein and is widely consumed by many South Africans.

The demand for chickens is higher than the supply, which leaves a gap for new entrants to the industry, he says.

Xengana says it is important for the youth to get involved in the poultry industry because their creativity is needed to grow the sector.

His advice to aspiring entrepreneurs is that they should do thorough research on the industry they want to get involved in.

His dream is to grow his business to include chicken farming, slaughtering, packing and distribution.