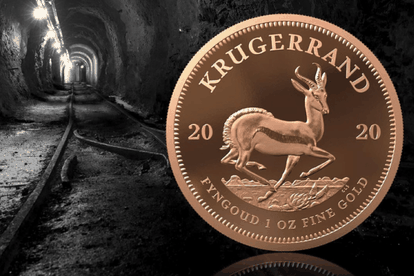 According to the Chinese horoscope, 2020 is The Year of the Metal Rat. It’s a fitting theme for South African Mint as they plan to release new coins this year. In addition to their prized collectable coins and the iconic Krugerrand, South Africans should also expect to see the new R2 coin in circulation during the course of this year.

A wholly owned subsidiary of the South African Reserve Bank, South African Mint ran a coin design competition in 2019. They asked the public submit designs for the reverse of the new R2 coin, depicting a right from South Africa’s Bill of Rights.

This initiatve comes on the back of the SA25 coin series in 2019 which was a remarkable culmination of extensive public engagement with young South Africans born in a democratic dispensation. Their inputs provided the foundation for the design framework of a set of collector’s coins.

In a press statement, the organisation confirmed that this year will also see the launch of two new Big Five designs in 2020, featuring the rhino and the leopard. The lion and the elephant were featured on previous coins.

Additionally, following the runaway success of the fine silver Natura coin in 2019, the 2020 series will repeat the coin exclusively in silver and feature the Coelophysis Rhodesiensis, a diminutive, bi-pedal carnivorous dinosaur which preyed on small animals and mammals which appeared around the same time.

The quartet of coins which seek to celebrate South Africa’s rich flora fauna are the subject of this year’s series and are found in the Cape Winelands Biosphere Reserve.

The design of the Krugerrand has remained unchanged over its 50 years of existence. The obverse features the bust of former president Paul Kruger, while the reverse, originally designed and engraved by Coert Steynberg, depicts a prancing springbok.

The iconic Krugerrand in 2020 stars individually, as well as in the existing four and five fractional sets available. It is also available in 1oz and 2oz — both gold and silver — and in bullion and proof quality.

Every year, the South African Mint marks memorable events and anniversaries that capture the nation by striking these stories onto coins, and 2020’s product line-up is no different.  If you’re a collector or keen to start, take a look at the 2020 Catalogue for ideas of which coins to buy.