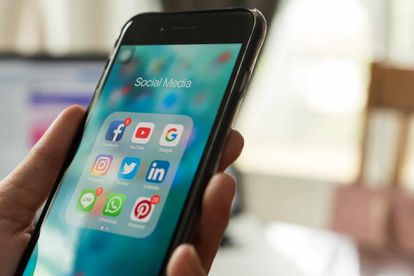 What does antitrust mean? What actually is ‘competition’, and how does it impact our lives for the good and for the bad?

The arguments, the issues, and the policy decisions regarding these topics are consistent for nothing other than their dullness. There is nothing remotely exciting about competition and antitrust policy. However, it remains extremely important and impactful for all of us, every day.

SOCIAL MEDIA IS PERVASIVE AND UNPREDICTABLE

Of all the things that have shaped the peculiarity of the last decade or so, one of the most novel, pervasive and unpredictable is social media. Fortunes have been made, empires built, and billions of hours of all of our lives expended.

The emergence of these hegemons – most notably Facebook and Google – have created political and economic dynamics beyond our imagining. Would Brexit have happened without Facebook? We can be pretty sure Donald Trump would never have become President of the United States.

However, now for the first time, questions are being raised regarding whether these businesses are good for society and whether they ascribe to the checks and balances we need to ensure our capitalist economy and free markets continue to be that: free.

Recently, the Federal Trade Commission and a group of 48 attorney-generals hit Facebook with its first antitrust charges in the USA. If regulators can prove that the social media network deliberately acted in an anti-competitive way, it could lead to the company’s break-up. If guilty as charged, Facebook will be found to have bought Whatsapp and Instagram in order to neutralise their threat and entrench their own position.

They could be forced to sell Whatsapp and Instagram.

In Brussels, the European Commission is taking on Big Tech with a double-pronged attack. First, through a law to force Facebook and other social media companies to monitor that what is being posted is factually correct. And second, another more critical piece of legislation that attacks the very business model of the likes of Facebook and Google who, essentially, use their monopoly position to gather data and sell it to those who want it, while providing a free service in the meantime to users.

READ: Why South Africa can be optimistic about the future of the economy

Essentially, if you are not paying for the product then you are the product. Do we all want to be the product? An almighty battle is about to commence.

On the one side, the multi-trillion-dollar entities that provide the social media services we use and depend on every day to stay in touch, gather news, and just generally waste time. On the other, the regulators of the two largest economic entities in the world – the United States and the EU – and what they believe is in the best interest of their consumers.

Are we being abused by these capitalist giants? Are we overly dependent on them, and therefore liable to being controlled by them? Where will the power that they have over the economy, society and our communities take us? How should those that are meant to regulate our markets react, and will that be in our best interests?

Only time will tell.