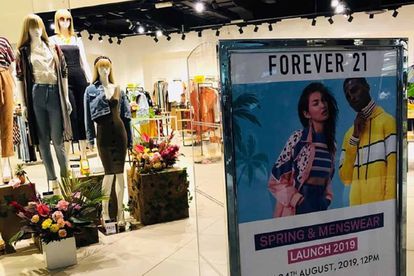 The Forever 21 franchise is preparing to file for bankruptcy, as the fashion retailer’s annual dividends continue to decline. The possibility of an abrupt change is slim to none as options for a turnaround are fading.

According to Bloomberg, the company has been in discussions for additional financing, and have an appointed team of advisors to restructure the accumulated debt and try for a fresh start. It is reported that negotiations are not going as planned, and there is a high possibility of the firm filing for bankruptcy.

“The focus has thus shifted toward securing a potential debtor-in-possession loan to take the company into Chapter 11, they said, even as some window remains to strike a last-minute deal that keeps it out of court.”

What will happen if the firm files for bankruptcy?

The filing for bankruptcy would alleviate the financial strain, and help the company get rid of unprofitable stores across the world. Through this angle, the business could try to come out for air and recapitalise itself. This can also lead a strain to malls across the world, as Forever 21 is a mall staple and stands strong with contributions to the retail sector, despite the number of bankruptcies filed in the retail sector.

In South Africa, Forever 21 has found a home in Canal Walk, Mall of Africa, and various online stores like Superbalist, Zando, uBuy to name a few.

The mall landlords would struggle to fill the vacant spaces if the retail chain would go out of business as part of its restructuring process.

Simon Mall Group Inc, a mall landlord in the United States of America, claims Forever 21 as its sixth-largest tenant, with 99 outlets covering 1.5 million square feet. The retail apocalypse will cause a strain to many landlords and job sectors. Forever 21 was established in 1984, operates in more than 800 stores across the globe.

The co-founder Do Won Chang, has been looking into maintaining a controlling stake in Forever 21, which has limited its fundraising options.

“Husband-and-wife founders Jin Sook and Do Won Chang started the company in 1984 after immigrating to the United States from South Korea. In July, Forbes reported the Changs had lost their billionaire status as a result of the turmoil at the fast-fashion chain. Forbes now estimates the couple is worth $1.6 billion, down from a previous estimate of $3 billion.”