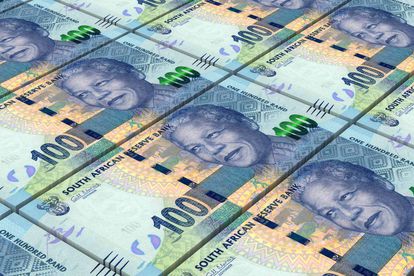 Finance minister Tito Mboweni delivered the 2021 budget speech on Wednesday 24 February 2021. As expected, the Rand value fluctuated before, during and after his speech.

This follows after the Rand fell on Monday 22 February. As of Friday, the Rand traded at R14.7775 against the U.S. dollar, which according to Bloomberg, was 0.56% weaker than its close on Friday.

During the speech, Mboweni detailed how treasury would be spending our money in 2021. A recap of the speech can be viewed here. Brace yourselves, though, the price of alcohol increased with immediate effect.

Rest assured, the Rand was on an upwards spiral again by the time Mboweni wrapped up his speech, going strong at R14.4325 at 14:50 South African Standard Time (SAST).

“A Reuters poll forecast showed on Friday that South Africa’s consolidated fiscal deficit is expected to narrow this year because of an economic rebound, but the long-term trend of higher debt remains unchanged due to COVID-19 and pre-existing spending”.

After a multi-week bull run, the Rand experienced a significant pull-back against developed currencies. The general bearish global tone limited further gains for emerging market currencies, according to Sable International.

After touching highs of R14.40 against the dollar, the USD/ZAR pair ended the week at R14.66. Equity markets ended mostly in the red, with the Johannesburg Stock Exchange (JSE) trading lower from previous record highs.

As predicted earlier this week, the ZAR began on the back foot ahead of the budget speech. However, yields have continued to climb, as 2030 bond yields rose above 9% – the highest yields seen this year.