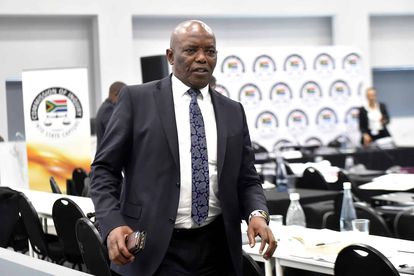 Bruce Koloane, South African ambassador to the Netherlands, has officially resigned from public service at the Department of International Relations and Co-operation (Dirco).

Koloane’s confession at the Zondo Commission facilitated his resignation

This comes as a result of confessing at the Zondo Commission inquiry into state capture; that he orchestrated an illegal landing of a Gupta family aircraft at Waterkloof Air Force base.

In July, the International Relations Minister, Naledi Pandor was set to sit down with Cyril Ramaphosa and discuss Koloane’s conduct.

However, this week during the National Assembly, Pandor informed other MP’s during a question and answer session that she wrote to Koloane on 12 August; informing him about a decision taken by those in power, requesting his urgent return to Pretoria.

Koloane was set to serve Dirco in the Pretoria head office

Pandor further stated that it was in the public’s best interest to transfer Koloane back into South Africa; after his testimony during the Zondo Commission inquiry.

It is reported that Koloane was set to serve a month’s notice as ambassador, and depart the Netherlands; to return in South Africa during September. He was set to serve at the Pretoria head offices, instead, Koloane decided to resign from service at Dirco entirely.

Pandor is “all smiles” with the prospect of a new ambassador

During a question and answer session in Parliament, a Democratic Alliance MP asked if there is any truth to rumours that Bathabile Dlamini would be appointed as the new ambassador. Pandor answered that Cyril Ramaphosa will announce a new ambassador at an appropriate time, as she does not appoint ambassadors. Pandor further stated:

What happened at the Zondo Commission inquiry into state capture?

Initially, Koloane had denied claims of his affiliation with the illegal landing of a Gupta family aircraft at Waterkloof Air Force base. However, the commission played recordings of telephone conversations between Koloane and South African National Defence Force officials, and his foggy memory came back, leading to the confession he made.

In the recordings, Koloane was heard putting pressure on the SANDF officials, to permit an illegal landing of a Gupta private aircraft at Waterkloof Air Force Base. He admits his actions, saying he wanted to “impress” the Indian High Commissioner.

Koloane remembered the truth and confessed

“It was an error of judgment in wrongfully using the name of the then Transport Minister Ben Martins, the current Minister of Defence, as well as the Presidency in the statement I made to try and exert pressure on the officials who were supposed to facilitate the processing.”

At this time Koloane was head of state protocol and during the state capture commission inquiry, he described how he used Jacob Zuma’s name including two cabinet ministers to get permission for an illegal landing of Gupta wedding guests at the airbase in 2013.

The testimony provoked Pandor to inform President Cyril Ramaphosa to review Koloane’s ambassadorship. Koloane was appointed by Zuma in August 2014, to be an ambassador to the Netherlands, a few months after his new position, a Gupta aircraft landed at Waterkloof Air Force Base.