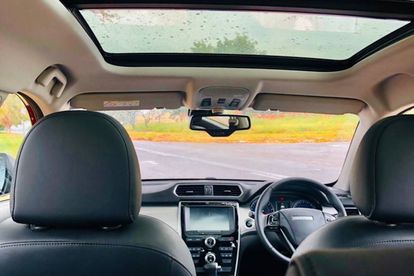 If you value your car, you’ll do your best to stay away from these locations: The crime stats for the second quarter of 2021/22 have revealed where South Africans are most likely to get hijacked – with two provinces dominating the list.

Where am I most likely to be hijacked?

Both the Western Cape and Gauteng make up for 90% of these top 30 hot-spots, with KZN being the only other provincial district to feautre. Seven of the top 10 worst locations for hijackings are in Gauteng, but three of the top four – including first place – are based in the Western Cape. Truly, it’s an eye-watering picture.

Harare in the Cape is officially where the highest number of people have been hijacked in the previous quarter, after 106 separate incidents were reported between July and September 2021. That’s up 89% from earlier in the year.

The number of hijacking incidents in Nyanga has almost halved in the second quarter, but there were still 98 reports filed over the three-month period, putting it second on the list. Tembisa and Jeppe – which saw the number of hijacked cars increase by 115% and 150% respectively in Q2 – represent Gauteng in the top five, separated by Phillippi East.

Umlazi is the hijacking capital of KZN, after incidents increased by 13%. Pinetown and Marianhill are the other provincial hot-spots on the list, after carjackings soared by 68% and 34% respectively. Interestingly enough, Vosloorus in Gauteng was the only place where the number of hijacked vehicles stayed the same (40 in Q1, 40 in Q2).

Mamelodi East, Kempton Park, Sandringham, Pretoria West, and Ivory Park – all in Gauteng – complete the top ten. Only the first station mentioned has seen a decrease in this type of car theft, implying that the hijacking situation is only getting worse in this part of South Africa.