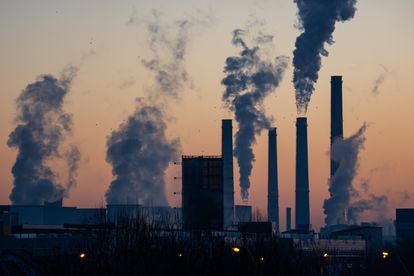 Bloemfontein is one of the worst 200 cities on the planet when it comes to pollution and air quality – Photo: Unsplash

Bloemfontein is one of the worst 200 cities on the planet when it comes to pollution and air quality – Photo: Unsplash

Bloemfontein has, somehow, managed to become South Africa’s pollution black-spot, beating off stiff competition from the Highveld and other staunchly industrialised areas of the country. In fact, according to a new air quality index, the city is actually one of the world’s WORST!

Bloemfontein ‘one of the world’s top polluters’

The IQAir report is based on PM2.5 air quality data from 6,475 cities in 117 countries, regions and territories around the world. According to the numbers, Bloemfontein is within the top 200 cities for pollution. It’s one of the worst spots in sub-Saharan Africa, and the concentration of pollutants in the air is ‘eight times higher than recommended’.

“SA’s Constitution guarantees a clean environment free of pollution: a right enshrined within the country’s Bill of Rights. However, pollution in many cities means that right remains unrealized for far too many South Africans.”

“Inland regions, particularly in the eastern coal belt region of the Highveld, home to 12 coal-fired power stations, struggle with poor air quality. However, Bloemfontein had the highest annual average, more than eight times the WHO recommended guidelines.”

MAP: How Bloemfontein’s poor air quality compares with the rest of the world

Only one city in Africa meets air quality guidelines

Whereas Bloemfontein has been shamed, there’s one South African entry on the list that’s actually doing us proud. Nieuwoudtville in the Northern Cape is the only place measured on the CONTINENT that can meet the WHO’s air quality guidelines. So, if you need to give your lungs a clean break, take them there…

“In 2021, Nieuwoudtville in the Northern Cape province recorded an average PM2.5 concentration of 3.9 µg/m³. It was the only city in South Africa – and in Africa – that met the WHO recommended air quality guidelines that year.”