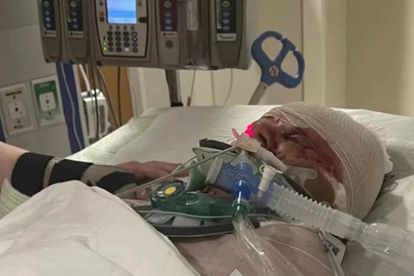 A woman who spent close to two weeks in a coma after being savagely attacked by pit bulls, woke up only to realise that both her arms had been amputated. Kyleen Waltman was so upset by the realisation that doctors needed to sedate her to get her to calm down.

This is according to her sister Amy Wynn, who set up a GoFundMe page for the 38-year-old. Waltman, from South Carolina in the United States (US), was mauled by dogs in South Carolina on 21 March. A man who saw the incident managed to scare the animals off by firing his gun into the air.

“She was walking home from her boyfriend’s house to her momma’s, and as far as I know, the dogs just jumped on her and you can actually see in the road if you go down there, where she fought the dog, trying to fight them off,” Waltman’s best friend Tanya Gilmer is quoted as having told CBS 17.

Waltman was then airlifted to hospital and is now in critical, but stable condition in the ICU.

The extent of the pit bull attack doesn’t end with her Kyleen Waltman losing her arms as her sister says she also lost part of her colon and may have to have a section of her esophagus removed. Wynn says doctors removed the last remaining parts of her arms, which means she can’t be fitted with regular prosthetics.

“So here we are trying to figure out how to keep her from thinking negative thoughts about her life. I understand that for 38 years she’s had arms and now she doesn’t, how she’s thinking. She’s still fighting. Prayers are working and slowly she healing. We just have to wait and allow God and time to do their there. I appreciate all the comments and prayers,” her sister added on the GoFundMe page, which raised over $180 000 (more than R2.6 million).

The pit bulls which charged at her are with animal authorities and their owner faces several charges, including owning a dangerous animal that attacked and injured a human, rabies control violation and dangerous animal not permitted beyond premises unless restrained