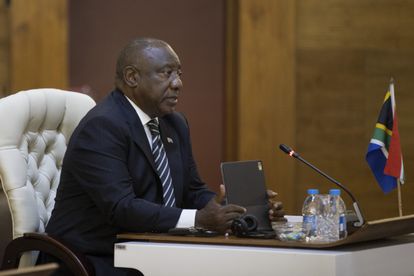 Is it one rule for him, and another for everyone else? Or is Cyril Ramaphosa vindicated in choosing not to step aside in the wake of Farmgate? A senior ANC leadership figure has stated that the latter is the case for our beleaguered president.

Should Cyril Ramaphosa step aside?

Ramaphosa has been caught up in an almighty storm, after his Phala Phala farm in Limpopo was raided by burglars. However, after breaking into the property, these thieves discovered MILLIONS of US Dollars stashed away in the president’s home.

It’s then alleged that bodyguards working for Cyril Ramaphosa tried to track down the offenders, and buy their silence over the incident. Hoarding such large amounts of cash without declaring them to SARS would constitute a criminal offence.

Farmgate causing chaos for the president

Ramaphosa NEVER reported the burglary to police, raising more red flags. Around $4 million was allegedly tucked away at the farm, and SA’s head of state says this was used for ‘game transactions’. However, that defence has fallen spectacularly flat.

Political opponents have been pushing Cyril to follow his own code of conduct, and suspend himself from official duties within the ANC. The party has instituted this policy to ‘clean-up its act’, and bigwigs like Ace Magashule have fallen foul of the ‘step aside’ rule.

Here’s why Ramaphosa does not have to step aside… yet

David Mahlobo is the chair of the ANC’s subcommittee on Peace and Stability. He told the media on Thursday that there is no need for Ramaphosa to step aside at the moment – because he has not yet been charged with any crime.

“President Cyril Ramaphosa will not step aside over the Phala Phala farm scandal because he has not been charged yet – as per the resolutions of the NASREC conference. People are jumping the gun. It is not for people who face allegations only.”

Chair of ANC’s subcommittee on Peace and Stability David Mahlobo says detractors calling on President Cyril Ramaphosa’s resignation are jumping the gun.
He says the ANC has resolved those who’ve been charged must step aside, not those who face allegations.#PhalaPhala @eNCA pic.twitter.com/JscH9j3JpW