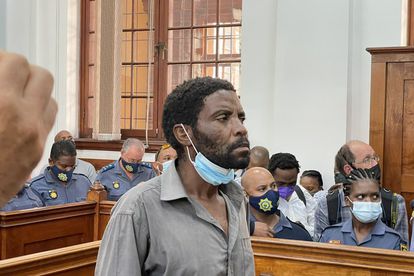 The suspect in the Parliament arson case has been named as Zandile Christmas Mafe, but his name certainly does not fit the spirit of his alleged actions on Monday 2 January.

Zandile Christmas Mafe: Is this the man who burned down Parliament?

The Cape Town Magistrate’s Court was the venue for Zandile Christmas Mafe’s first appearance in the dock, following his arrest 48 hours later. He is facing charges of arson, housebreaking, and theft.

However, a new charge has also been added to his rap sheet – and it’s believed that the defendant had also contravened the explosives act. The state, therefore, has reason to believe Mafe was in possession of a very dangerous device.

However, the 49-year-old male – revealed to be a South African national and a long-term resident of Khayelitsha, originally hailing from Mafikeng in North West – has entered a not guilty plea on all counts. The state has accused Mafe of stealing laptops from the national key point, too.

Court has granted the state SEVEN DAYS to conclude its investigations, before the case reconvenes on Tuesday 11 January. The gallery was packed with fascinated onlookers, and we’re expecting a similar media frenzy to take place next week.

Luvuyo Godla, a lawyer representing Zandile Christmas Mafe, says the police have got ‘the wrong man’. He is representing his client pro bono, and blames a ‘failure of the executive’ for the alleged wrongful arrest.

The National Prosecuting Authority (NPA) will oppose bail for the suspect, who is expected to apply for his temporary freedoms in seven days’ time.

The man accused of setting Parliament ablaze has been identified as SA National Zandile Mafe (49) from Khayelitsha. He faces charges of arson, h/breaking, contravening National Key Pt Act. No priors.