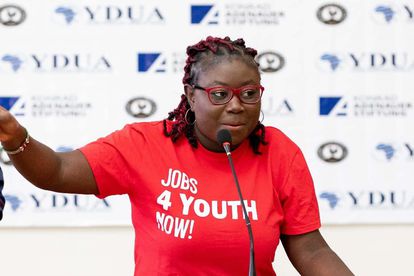 The politician has even forced DIRCO to issue a response – Photo: Inna Hengari / Twitter

The politician has even forced DIRCO to issue a response – Photo: Inna Hengari / Twitter

Namibian MP Inna Hengari went to war with South African Twitter users this week – and came out the other side with a diplomatic rebuke. The mischief-causing politician had a pop at our nation’s struggles with load shedding, prompting a pretty fierce backlash.

Who is the Namibian MP roasting South Africans online?

The row seems to have been sparked by claims that Namibia is ‘an empty country’, which emerged after Burna Boy arrived to perform a gig over the border. These comment weren’t taken ‘lightly’ by Inna Hengari, who quickly reminded her SA detractors about their load shedding struggles.

Things only escalated from this point. The Namibian MP received hundreds of replies to her initial post, but refused to back down. Instead of pacifying her critics, Inna Hengari went to town on them, delivering a series of devastating comebacks:

It’s worth noting, by the way, that Namibia gets a portion of its power supply from SA – even though the contract allows for Eskom to temporarily stop the supply during load shedding in South Africa. The damage caused, however, is solely an agony suffered by South Africans.

“While Burna Boy performs in Namibia, something [load shedding] is happening today at 16:00 in our neighboring country. Leaders must do better for their citizens. Not just make empty promises each election year.” | Inna Hengari

Things took another twist on Tuesday, when DIRCO openly stated that the comments were ‘in bad taste’. This prompted another digital backlash, with dozens of South Africans badgering Inna Hengari for an apology. The defiant MP, however, wasn’t in the mood to play ball…