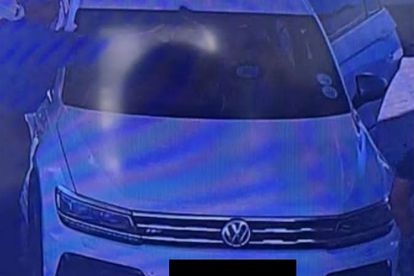 The Mayor’s car left the forecourt without paying for fuel – Photo: DA / Supplied

The Mayor’s car left the forecourt without paying for fuel – Photo: DA / Supplied

Look, we’re all pretty gatvol with fuel prices. But we can’t just fill up our petrol tank and speed away from the forecourt. Alas, that’s exactly what one ANC Mayor was caught doing this week – and the matter has now been referred to a Public Accounts Committee.

ANC Mayor speeds off from petrol station – without paying for fuel!

A vehicle transporting Maryna Basson, the Mayor of ZF Mgcawu District Municipality in the Northern Cape, was caught on CCTV pulling out of the petrol station. The licence plate, make of car, and other incriminating details were captured by the cameras.

Officials from the ZF Mgcawu administration have since returned to pay for the fuel, completing a 320-mile round trip. But that was only AFTER they were confronted with the evidence, and a deadline to comply. The wasted funds from this journey are also under scrutiny.

Funnily enough, the ANC Mayor was on her way to meet Cyril Ramaphosa at a regional event in Kimberley. But not even an appointment with the president makes you exempt from the law – a point that Flip Van Der Steen is keen to stress.

The DA’s Whip in Dawid Kruiper Municipality has confirmed that an investigation is already underway, as per his instructions. Van Der Steen has accused Maryna Basson of ‘criminal behaviour’, and he is now hellbent on holding the rival politician accountable.

“An attempt by the Mayor of ZF Mgcawu district municipality to dodge payment for a tank of fuel for the mayoral vehicle, has been referred by the DA to the Municipal Public Accounts Committee (MPAC) for investigation.”

“After hightailing it from a filling station in Olifantshoek over the weekend without paying, details of the vehicle, including its make and numberplate, were captured on camera and posted on Facebook in an attempt to find the driver.”

“It soon came to light that the publicised details were those of the ZF Mgcawu mayoral vehicle, which was on a round trip from Upington to Kimberley, where Mayor Maryna Basson was to attend a campaign launch with President Cyril Ramapohsa.” | Flip Van Der Steen