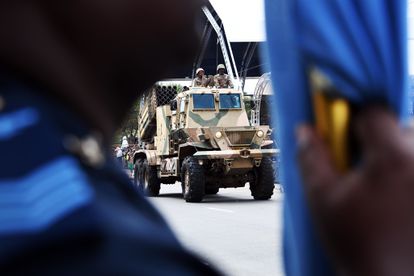 Cabinet has vowed to keep South Africans safe from the threat of terror – Photo: GCIS / Flickr

Cabinet has vowed to keep South Africans safe from the threat of terror – Photo: GCIS / Flickr

Following a terror-related scare in Sandton last week, the subsequent recriminations have focused on just how prepared South Africa is for such an attack. It’s believed groups like ISIS do have a presence in Mzansi, putting national security at risk. But the Cabinet remains resolute.

SA confronts terror threat, as NATJOINTS stand firm in the face of fear

On Thursday evening, The government’s top officials moved to reassure the public that the National Joint Operational and Intelligence Structure (NATJOINTS) has an intelligence-driven capacity to deal with threats to the country’s national security, including terrorism.

Last week, the US Embassy issued a security alert to its citizens in South Africa, warning that terrorists ‘may be planning to conduct an attack targeting large gatherings of people’ in Sandton. However, the weekend passed without incident.

Can South Africa protect itself from extremism? Cabinet says yes…

In a recently-issued statement, The ANC Cabinet called on the public to remain vigilant, and to report any suspicious and illegal activities to law enforcement agencies. They are adamant that NATJOINTS is more than capable of keeping South Africans safe from the threat of terror.

“Through NATJOINTS, the security of the country is assessed regularly for any possible security threat. The same goes for the public, who must not keep quiet: If you see something, say something. Together we can keep the nation safe.”

“As part of the cooperation agreements with other intelligence agencies from other countries, South Africa also benefits from the exchange of relevant intelligence information that can ensure the safety of the nation.” | Cabinet Statement