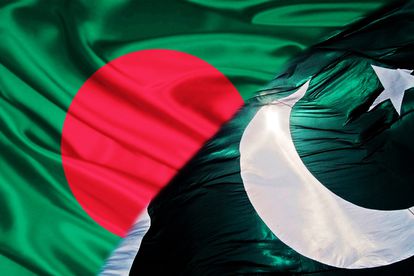 The flags of Bangladesh and Pakistan merged into one image – Photo: Riyed Islam / Flickr

The flags of Bangladesh and Pakistan merged into one image – Photo: Riyed Islam / Flickr

The Department of Home Affairs has confirmed that it will be cracking down on illegal immigration. They are targeting the travel privileges of two Asian countries. Pakistani and Bangladeshi passport holders must now apply for a visa, should they wish to enter South Africa.

Why must Pakistani, Bangladeshi travellers now apply for a visa to visit South Africa?

The previous travel arrangement allowed visitors from two of Asia’s most populous nations to visit South Africa without going through a mountain of paperwork. However, that’s all set to change – thanks largely to one rather infamous illegal immigration ring.

Aaron Motsoaledi, the Minister for Home Affairs, said the discovery of migrants ‘hiding in fire hydrant passengers’ at OR Tambo Airport was a final straw. After this embarrassing episode, Motsoaledi vowed a strong response – and it’s one that could impact MILLIONS of potential travellers.

Pakistani, Bangladeshi nationals ‘must now apply for a visa’

The change in policy has also been communicated to relevant stakeholders, including the national Department of Tourism, Heads of South African Missions, the airline industry, Tourism SA and Home Affairs officials at ports of entry.

Not one to shy away from tough-talk on immigration, Motsoaledi said the decision to reintroduce visas for Pakistani and Bangladeshi visitors was ‘a practical one’. The goal, Home Affairs say, is to protect the integrity of the South African passport…

“The reintroduction of transit visas is one of the practical and strong interventions we are making. We have decided to withdraw the transit visa exemption and reinstate transit visa requirements for Bangladeshi and Pakistani ordinary passport holders from 1 August 2022.”

“This means that all travellers using ordinary passports issued by Bangladesh and Pakistan authorities are required to apply for a visa when transiting through South Africa to other countries. Authorities of Bangladesh and the Republic of Pakistani have been informed of this decision.”

In terms of fast-tracking your passport, Motsoaledi said this is a very expensive process and happens under very rare circumstances.

The typical turnaround for passports in SA is between 5-13 days. Minister Motsoaledi also urged locals to use the online booking systems and the partnerships his Department has with banks.