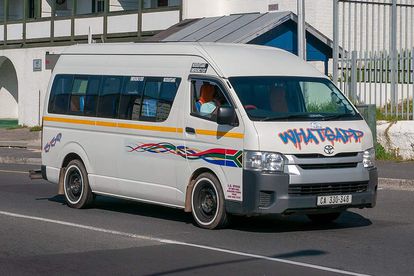 Hopping in a minibus might be one of the cheapest forms of travel in South Africa, but new proposals from the National Taxi Alliance could soon see taxi fares increase by an exorbitant amount. Operators, however, feel like they have been left with little other choice.

Why are taxi fares likely to increase?

Petrol prices are through the roof, and the cost of living crisis is starting to bite down hard on ordinary South Africans. With everything going wrong from a fiscal perspective, industries are having to evolve their business models just to survive – and public transport is feeling the strain.

National Taxi Alliance spokesperson Theo Malele told Radio 702 that they will submit plans to crank-up taxi fares by anywhere between 25% to 30%. The representative did say, however, that no operator should introduce a fee hike of MORE than 30%. That is very much the upper limit.

Whether that gives any particular comfort to commuters remains to be seen. This would be the first national increase in taxi fares since late 2020 – over 18 months ago. Back then, you could get a litre of petrol for R13.75. That figure has now almost DOUBLED, to R26.31.

“The last time the industry placed an increase on taxi fares was just before 2021. We now propose that it be increased by 25% to 30%. Our business is community-based and it is the material conditions on the ground that determine the margin of adjustment.”

How a 30% increase in taxi fares would impact the consumer

So, what would a 30% increase actually look like for commuters? Well, a simple R10 trip would be R3 more expensive, and anyone who relies on a R50 journey must now find an extra R15 from somewhere. Sadly, rising taxi fares will be another burden SA citizens have to bear…