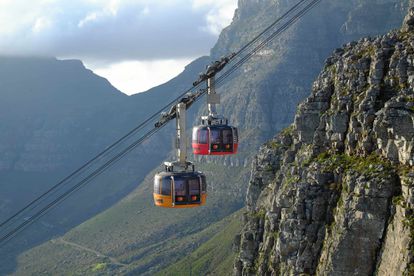 Officials from the Wilderness Search and Rescue (WSAR) teams have confirmed that they were forced to respond to a number of distress calls across Cape Town over the past few days. One of their missions resulted in the discovery of a hiker’s body on Table Mountain.

The group conducted their search over the weekend. However, they were hampered by dreadful weather conditions at the iconic landmark. According to WSAR, the deceased was identified on Sunday morning, and the body is now in the possession of SAPS for further investigation.

The search and rescue squad were also kept busy by the following incidents:

The WSAR has since offered its condolences to the friends and family of the deceased. The victim has so far only been described as a ‘male adult’. More adverse weather has been forecast for the weekend, and hikers are advised to be ultra-cautious when attempting to scale Table Mountain.

“Wilderness Search And Rescue (WSAR) teams have located the body of a man on Table Mountain. The hiker was reported missing late on Saturday afternoon. A large team WSAR parties combed the area, until weather conditions hindered the search.”

“The man’s body was found at 11:00 on Sunday morning. It was then airlifted by the Western Cape Department of Health EMS / Air Mercy Service (AMS) helicopter, and handed over to the South African Police Service (SAPS). Condolences are offered to the man’s family and friends.”