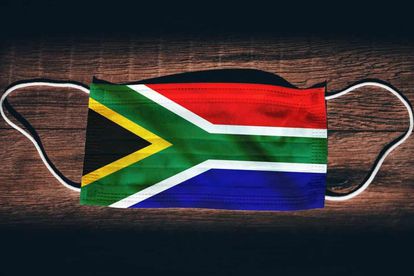 It’s been a wild, wild ride. But, two years and three months after South Africa entered its first COVID lockdown, it now seems that the last remaining restrictions will be SCRAPPED by the government – and mask-wearing laws could be banished by tomorrow.

When will South Africa end its mask-wearing laws?

That’s because Cyril Ramaphosa will meet with all nine provincial premiers on Wednesday 22 June, at the President’s Coordinating Council. The PCC is used for the ANC leader to discuss major changes to COVID-19 laws, amongst other things.

With this meeting now penned in the diary, policies are usually announced ‘within hours’ of the PCC concluding its business. Therefore, South Africans can reasonably expect an announcement on its mask-wearing laws as early as tomorrow.

In a circular sent by Joe Phaahla on Monday, the Health Minister confirmed that Cabinet would be DROPPING all remaining restrictions from the lockdown era. Limits on gatherings, venue entry policies, and even social distancing remain in force, as part of the National Health Act.

The end of the restrictions era…

Furthermore, the requirement to wear a mask in public indoor settings had also been kept, once the State of Disaster expired last month. But just seven weeks after some regulations were made ‘permanent’, the government is now preparing to let them go for good.

Alan Winde, the Western Cape Premier, confirmed that the PCC meeting has got the green light. However, he won’t exactly be celebrating this so-called ‘freedom day’ – because he thinks all restrictions should have expired a long time ago:

“Finally we may now see an end to all Covid-19 curbs, as I have consistently called for. But it has to be emphasised, it is disappointing that it has taken so long. The reality is, however, that this could have been done earlier.”

1/3 I welcome the convening of the President’s Coordinating Council #PCC by President Cyril Ramaphosa, scheduled for tomorrow morning. Finally we may now see an end to all Covid-19 curbs, as I have consistently called for. But it is disappointing that it has taken so long. pic.twitter.com/kDlfwv5IH4