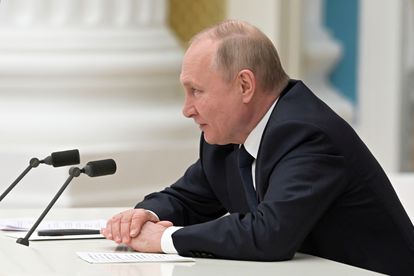 Imagine being worth billions of pounds and not being able to buy something as simple as a cup of coffee! That’s pretty much the case for several Russian oligarchs, who have been economically sanctioned by both the United Kingdom (UK) and European Union (EU) for their links to President Vladimir Putin.

According to Daily Mail, things have become so rough for embattled Chelsea FC owner Roman Abramovich, he has even reached out to some of his wealthy contacts in the United States (US) to ask for loans so he can pay his staff. The publication reports that Ambramovich, worth a reported £6.4 billion, asked for $1 million from Hollywood producer Brett Ratner and the Rothchild family so he can pay his $750,000 weekly staff bill.

Both the UK and EU have said they would lift the sanctions on Putin and his associates, only if the Kremlin ends its assault in Ukraine, which has now morphed into a humanitatian crisis. All indications are that Russia will continue its attacks.

RUSSIAN OLIGARCH: ‘I CAN’T EVEN PAY IN A RESTAURANT’

Another Putin associate, Mikhail Fridman, is also bearing the brunt of Russia’s invasion in Ukraine. Fridman, who is worth a staggering £11.9 billion, is counting his cents and struggling to get by.

“The authorities in the UK should give me a certain amount so I can go in a taxi and buy food, but it will be a very limited amount in relation to the cost of living in London. I can’t even pay in a restaurant. I have to eat at home and I am practically under house arrest,” he told a Spanish publication about his dilemma.

Fridman is a business partner to Petr Aven, the director of Russia’s biggest bank, also worth a few billions. Like Fridman, Aven is living life on the breadline – and barely coping. Aven calls a £19 million mansion located in Surrey his home and can’t even sell any of its contents to make extra cash, including his multi-million pound art collection. This is because the sanctions prohibit such.

YOU CAN ALSO READ: Watch: ‘Keep it up!’ Biden and Ramaphosa talk Ukraine war and more