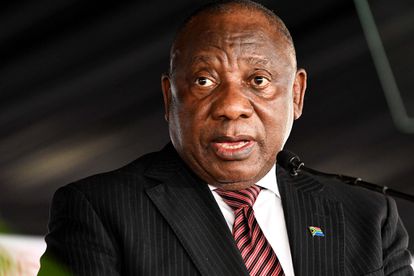 SA’s rand weakened on Friday as the country was thrown into a political crisis with President Cyril Ramaphosa facing impeachment. Photo: GCIS / Flickr

SA’s rand weakened on Friday as the country was thrown into a political crisis with President Cyril Ramaphosa facing impeachment. Photo: GCIS / Flickr

President Ramaphosa has broken his personal silence on the US Embassy’s decision to issue a ‘terror alert’ for Greater Sandton. The plush region of Johannesburg is, allegedly, being targeted for a ‘terror attack’ – but the South African government remains unconvinced.

Speaking during a formal engagement on Thursday, Cyril Ramaphosa responded to the warning that was made public yesterday. The American consulate stated that people ‘should avoid large crowds and gatherings’ in Sandton, on the weekend of 29-30 October.

They say the threat is credible, and sure enough, the British Government has also issued its own alert. But Ramaphosa and his comrades remain somewhat bemused. When asked about the security issue this afternoon, it became clear that the ANC leader wasn’t best pleased with it all.

Ramaphosa told the media that the communication from the US Embassy was ‘quite unfortunate’. He also claims that NO DISCUSSIONS were held with the ANC government before the alert was published. Furthermore, he fears that the warning has only served to ’cause panic’:

“It was quite unfortunate that the US government issued that type of warning without having had discussions with the SA government. Following that, we were able to engage with them, and understand where this alert has actually come from.”

“Warnings like these cause a lot of panic amongst the people. South Africans should be best informed by their own government. Any form of alert will come from us. It is unfortunate that another government would issue a threat like this. Our government is investigating.” | Cyril Ramaphosa

This casual dismissal won’t do much to impress the opposition, however. Natasha Mazzone, a DA Shadow Minister, has told President Ramaphosa to take the threat against Sandton seriously, arguing that such a directive cannot be ‘brushed away’.

“To date, the reaction by the ANC Government has been worryingly indifferent and dismissive. It is an indictment on South Africa’s intelligence and state security establishment that a foreign government is the first to raise the alarm on a possible terrorist threat in the country.”

“Our own State Security apparatus… seems to have been caught unaware and off-guard. This is a serious alert that was raised by the US Embassy and the South African government cannot brush it away through this dismissive statement.”

“People who live and do business in Sandton must be given strong and visible assurance that the government is in control of the situation and their security is guaranteed. National governments are required to stand up to national security threats, not dismiss them.” | Natasha Mazzone