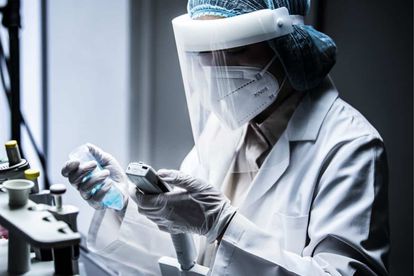 Some former and current members of the South African Police Service (SAPS) now find themselves on the wrong side of the law after they were arrested for personal protective equipment (PPE) corruption within SAPS to the tune of close to R2 million.

According to the National Prosecuting Authority’s (NPA) Investigating Directorate (ID), a total of 15 suspects were handcuffed in connection with the scheme.

A task team appointed by national commissioner Gen Khehla Sitole pounced on the accused in Gauteng and Limpopo between 05:00 and 08:00 on Monday, 7 February 2022. All suspects face charges of fraud, theft, corruption and forgery arising from a scheme to unlawfully benefit a third-party supplier of latex gloves for the police nationally in April 2020.

They are due to make an appearance at the Palm Ridge Specialised Crimes Court on Tuesday morning, 8 February 2022.  Six of the accused are former police officers, two are current serving police officers and one a serving administrative clerk. The rest are civilians linked to the supplier.

The Investigating Directorate’s Sindisiwe Seboka says other suspects have been implicated for PPE corruption at the SAPS, which means more arrests pertaining to the case can be expected, however there is no indication as to when.

Seboka adds that all the arrests flow from a wide-ranging investigation into procurement and supply chain management at SAPS.

“The investigation has uncovered the award of numerous contracts for the benefit of third party front companies, which in turn facilitate kickbacks to senior SAPs officials. This is the sixth case by the ID tackling the scourge of corruption in the police”

It’s no secret that the COVID-19 pandemic resulted in the need for PPE. Like other countries who were actively responding to the virus, the South African government forked out billions worth of PPE contracts, many of which were found to have been irregularly rewarded and even became the subject of a probe by the Special Investigating Unit (SIU).