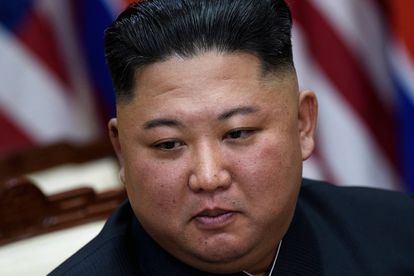 North Korea’s leader Kim Jong Un before a meeting with US President Donald Trump on the south side of the Military Demarcation Line that divides North and South Korea, in the Joint Security Area (JSA) of Panmunjom in the Demilitarized zone (DMZ) on June 30, 2019. (Photo by Brendan Smialowski / AFP)

North Korea’s leader Kim Jong Un before a meeting with US President Donald Trump on the south side of the Military Demarcation Line that divides North and South Korea, in the Joint Security Area (JSA) of Panmunjom in the Demilitarized zone (DMZ) on June 30, 2019. (Photo by Brendan Smialowski / AFP)

North Korea is definitely living up to its reputation of being among the world’s most repressive countries, thanks to leader Kim Jong-Un’s iron first. It has now been learnt that at least seven people in the country have been executed over the past decade– for watching or selling k-pop videos.

This is contained in a disturbing report put together by a South Korean-based human rights group that was reviewed by US broadcaster Fox News. According to its shocking report, the unfortunate victims were punished for either watching k-pop or selling items from the popular music genre.

The report by the Transitional Justice Working Group has unravelled some of these executions, some dating back to 2012. The harsh punishments are believed to be linked to the indulgence of k-pop, which is short for Korean pop music. The TJWG conducted interviews with close to 640 North Korean defectors since 2015, all in an effort to better map out execution sites and numbers.

As to how these executions were carried out in North Korea, well, they were reportedly sometimes done in full view of the public as a warning sign to others. Another disturbing aspect is the fact that the relatives of those put to death were often forced to witness the harsh acts.

The report comes just months after it was reported that Kim Jong-Un had launched a secret anti-k-pop campaign, which is aimed at imposing harsher penalties on citizens caught listening to the popular genre.

As if that wasn’t enough, North Korea also introduced a sweeping new law which seeks to stamp out any kind of foreign influence by harshly punishing anyone caught with foreign films, clothing or even using slang.

The BBC spoke to a woman who remembered a neighbour of hers being publicly executed after they caught him with a South Korean drama. Yoon Mi-so told the broadcaster that people were forced to watch – and if you didn’t, it would be considered treason.

“I have a strong memory of the man who was blindfolded, I can still see his tears flow down. That was traumatic for me. The blindfold was completely drenched in his tears,” she is quoted as having said.