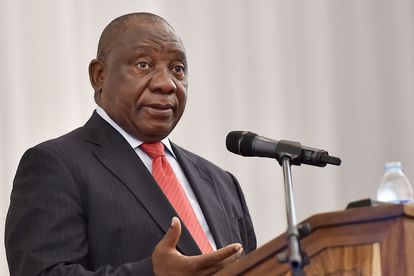 UPDATE: The Presidency has announced that President Cyril Ramaphosa will address the nation at 20:30 this evening, Monday, 12 July, 2021 – not at 20:00 as previously advertised.

For the second consecutive day, President Cyril Ramaphosa will address the nation on matters of public urgency. Sunday’s ‘family meeting’ was centred around South Africa’s lockdown response, but tonight Ramaphosa will need to address the shocking violence and riots that have erupted in KwaZulu-Natal (KZN) and Gauteng.

The Presidency is yet to confirm exactly when Ramaphosa will be speaking on Monday evening, but said that he will discuss the deployment of the SANDF and government’s response to the criminality on show.

Acting Minister in the Presidency Khumbudzo Ntshavheni said in a statement announcing the address that Ramaphosa has been unequivocal in his calls for calm from supporters of incarcerated former President Jacob Zuma and those who have joined in the riots.

“The address will follow the announcement by the South African National Defence Force (SANDF) that it has commenced with pre-deployment processes and procedures in line with a request for assistance received from the National Joint Operational & Intelligence Structure (NATJOINTS),” she said.

“The President is on record as calling for calm and warning criminal elements that they will face the full might of law as lawlessness is brought to an end and economic activity is allowed to continue.”

“It is also a crime to possess, receive and use stolen goods, or to interfere with the police in their execution of their duties.”