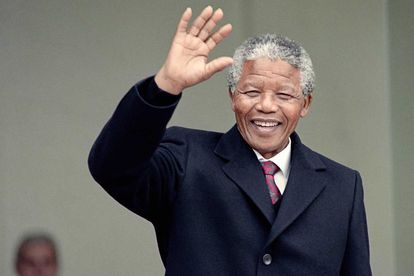 An NFT or non-fungible token is not something that many people understand. What is clear, is that the pieces of one of a kind digital art go for MASSIVE amounts of money. To prove that point, an NFT of Nelson Mandela’s 61-year-old arrest warrant has just been auctioned off for almost R2 million.

The NFT sold via auction this weekend for $130 000. All proceeds will be used to help fund a heritage site that educates the South African quest for democracy.

The Liliesleaf Museum Heritage Site will take home the big paycheck. The museum has held the original arrest warrant document since 2004.

The original warrant is handwritten in both English and Afrikaans. Its pages are now stained yellow and worn thin.

The winner of the auction is not just getting the digital artwork though. The buyer also took home exclusive access to the original document at the museum.

The Momint group, which carried out the NFT auction, says that the money from NFTs is proving key to Liliesleaf’s survival.

It’s not just Nelson Mandela bringing in the big NFT bucks though. The museum scored $50 000 last year from the sale of an NFT of a pen gun owned by Oliver Tambo.

What is an NFT?

According to Investopedia, NFTs are part of the cryptocurrency world. But, they also come with key differences.

“Non-fungible tokens (NFTs) are cryptographic assets on a blockchain with unique identification codes and metadata that distinguish them from each other. Unlike cryptocurrencies, they cannot be traded or exchanged at equivalency. This differs from fungible tokens like cryptocurrencies, which are identical to each other and, therefore, can serve as a medium for commercial transactions.”