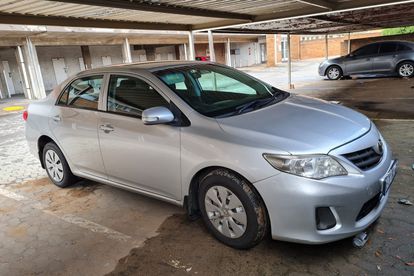 The South African Police Service (SAPS) in Mpumalanga has managed to recover a hijacked vehicle together with a range of items they suspect may have been used by criminals in their crime spree.

“It is said that on the said day at around 12h45 noon, members of the police in Witbank’s Visible Policing received information from good citizens from Pivott Court flats in Witbank. The report outlined that a suspicious silver Toyota Corolla was noticed parked at a certain spot. The vehicle was further alleged to have been used by suspects in some doggy dealings,” said SAPS Mpumalanga spokesperson Brigadier Selvy Mohlala in a statement.

When authorities went to the scene to conduct their own probe into the matter, they discovered that the vehicle was fitted with false number plates. As if that wasn’t enough, they learnt that the car was hijacked in April 2022 at Witbank.

“Whilst digging more, the men and women in Blue found some tools believed to be used by suspects when committing burglaries as well as other set of false number plates, two toy guns and a vape (electric cigarette) equipment,” Mohlala added.

NO ARRESTS MADE AFTER HIJACKED VEHICLE IS DISCOVERED

For now, Mpumalanga police say no arrests have been made yet in connection with the hijacked vehicle and the items found inside it.

“The police in Witbank request anyone with information that may lead to the arrest of the suspects who are linked to the recovered vehicle to call the Crime Stop number at 08600 10111 or send information via MYSAPSAPP. All received information will be treated as confidential and callers may opt to remain anonymous,” Mohlala added.

Further referring to what they discovered inside the vehicle, police said the Vape equipement is supected to have been stolen during a robbery on 20 June 2022 at a certain shop somewhere in Witbank.

“During the incident, information was given that a silver Toyota Corolla was used by the suspects.The false number plates found inside the vehicle matched the description of the suspicious vehicle found. Police are convinced that the vehicle could also be involved in several other business robberies carried out around Witbank recently, however the investigation continues”