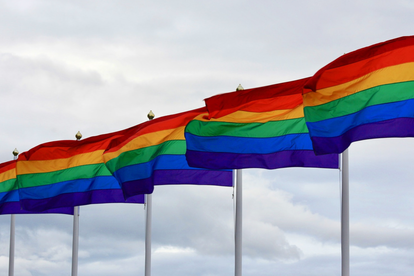 Although this Monkeypox outbreak will be nowhere near as serious as the advent of COVID-19 back in 2020, some unsavoury elements of history are repeating themselves. We’re now looking at two diseases, two years apart, that have led to two sustained campaigns of discrimination.

With coronavirus initially being detected in China, reports were rife of anti-Asian racism skyrocketing during the first few months of the pandemic. Sadly, we’ve got a similar situation with this new onset of Monkeypox – where homosexual men have become the targets of abuse.

That’s because of how Monkeypox is actually spread. To catch this disease, you need to be in close and intimate contact with somebody else. This current outbreak has largely affected a number of ‘gay males’ – as confirmed by the National Health Laboratory Service Professor, Koleka Mlisana:

“Why are we talking about me having sex with men? Well, lately, there have been cases of Monkeypox is non-endemic areas. In the 1 500 cases reported in this global outbreak, it’s mainly come from men having sex from men.”

“Although anyone can catch Monkeypox if they come into [close contact] with an infected person, The Health Minister Joe Phaahla is correct in saying we’ve seen a trend in one particular group.”

Her matter-of-fact statement has since been weaponised by the more hateful members of society, however. The National Institute for Communicable Disease (NICD) also noted that a torrent of homophobic abuse followed, after they confirmed the first known case of Monkeypox in South Africa.

On Thursday, a 30-year-old male in Johannesburg tested positive for the condition. When the health authorities explained that most cases are found amongst LGBTQI+ men, the floodgates opened. The NICD has condemned the use of abusive language, stressing that ANYONE can catch Monkeypox.

“We unequivocally condemn any form of prejudice, and any hateful and discriminatory comments towards any individuals/groups on our social media platforms. Sadly, we have noted undue bigotry and misinformation concerning the LGBTQI+ community.”

“We distance ourselves from these comments, and through moderating our social media platforms will remove any such individuals or groups participating in hateful speech. We would like to stress that ANYONE can get infected with this virus.

“Please be aware that the information shared about Monkeypox was to provide epidemiological context for the current multi-national outbreak. It was by no means to profile any members of society.”

4/4 We would like to stress that any persons, regardless of gender identity or sexual orientation, can acquire #monkeypox if they have had close contact with someone infected with the virus.