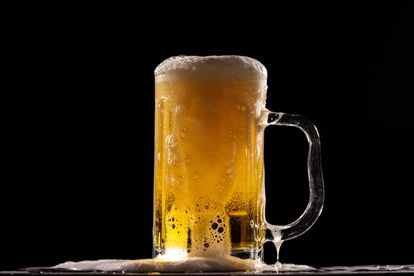 It’s the news that millions of drinkers across South Africa will be hoping holds true: Several sources now believe that the total alcohol ban – which has been in place for the last month – will be eased on Sunday evening. The outright period of prohibition is set to be replaced with a series of lighter alcohol restrictions, ahead of yet another ‘family meeting’.

Will the alcohol ban be lifted on Sunday 25 July?

Cyril Ramaphosa is gathering us around the TV tonight, as he delivers an address to the nation about the next step of our lockdown. Infection rates have dropped in the past 10 days or so, with SA now officially ‘past the peak’ of its third wave. This particular resurgence, however, has been brutal and unforgiving – both for lives AND livelihoods.

No-one is more acutely aware of this than the liquor industry. The alcohol ban has devastated booze businesses over the last 16 months or so. Rico Basson, Vinpro’s managing director, says that current restrictions cannot last for one day longer.

“The majority of South African wineries are small to medium enterprises who rely strongly on direct sales in the local market and through wine tourism including restaurants and tasting rooms. Their revenue stream has been cut off and we will see more business closures, pay cut and job losses should the ban continue past 25 July 2021.”

The Beer Association of South Africa (BASA), who have seen their industry decimated by various prohibition measures, will submit a Promotion of Administrative Justice Act application to the National Coronavirus Command Council in the week ahead, in order to find out what the scientific reasoning behind the prolonged alcohol ban.

“The beer industry urgently calls for the alcohol ban to be lifted so that legal businesses can operate, to avoid a possible collapse of the industry and the million livelihoods it supports. These businesses as well as thousands of others will simply not survive a continued alcohol ban. Over 9 000 jobs have been put at risk by the fourth alcohol ban.”

“At the same time, we know many South Africans are still obtaining alcohol from the illicit industry, which is already worth R20.5 billion. The mass looting of liquor outlets and distributors last week in KwaZulu-Natal and Gauteng has served to boost the illegal sale of alcohol even further, making the current ban even more nonsensical.” | BASA statement