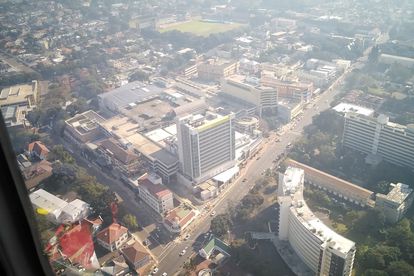 Police reported on Saturday that all was calm in KwaZulu-Natal following a chaotic week of violent riots and looting.

“All is quiet, and the traffic is flowing.”

President Cyril Ramaphosa on Friday evening confirmed the re-opening of the N3 and the N2.

On Saturday, reports indicated that hundreds of trucks loaded with food and other essentials have been seen leaving Johannesburg and were headed for KwaZulu-Natal.

According to Colonel Brenda Muridili, the spokesperson for NatJOINTS, this was in line with government’s commitment to ensure that major economic corridors and routes which are used to transport supplies from KZN to various parts of the country are opened.

She also added that SANRAL was repairing the damaged parts of the highway in Mooirivier and have removed barriers on this stretch of the N3.

In his address to the nation on Friday, Ramaphosa said over 2,550 people had been arrested in connection with the unrest. Special arrangements are being put in place to ensure that these cases are prioritised.

DEATH TOLL:212 PEOPLE HAVE BEEN KILLED

Since the outbreak of this violence, at least 212 people have lost their lives. Of these, 180 have been in KwaZulu-Natal, and 32 in Gauteng.

Ramaphosa has authorised the deployment of 25 000 members of the South African National Defence Force to support the work of the police. Of these, 10 000 are now on the ground, with the remaining forces arriving in their respective deployment areas throughout the weekend.

Provincial Departments of Social Development and SASSA will use their remaining budget in the Social Relief of Distress programme to provide support in the form of food parcels, cash, and food vouchers.

“We are working hard to bring all SASSA offices into operation. Cash pay points are expected to resume services from the 19th of July in all the areas that have been declared safe to operate,” Ramaphosa added.

The Solidarity Fund has established a Humanitarian Crisis Relief Fund. Ramaphosa has called on all South Africans to support this fund.

Ramaphosa said help was on the way for small businesses, including those in townships and rural areas in KwaZulu-Natal and Gauteng, to heal from the damage they have suffered.

“Our business people provide important goods and services in our communities, and we will help them to rebuild their businesses. A team in the Presidency and National Treasury is hard at work to develop a comprehensive support package for Cabinet’s consideration,” he said.

Ramaphosa furthermore said that according to topreliminary reports compiled by NatJoints, extensive damage has been caused to 161 malls & shopping centres, 11 warehouses, 8 factories & 161 liquor outlets, and distributors. This doesn’t include damage caused to roads and other infrastructure.