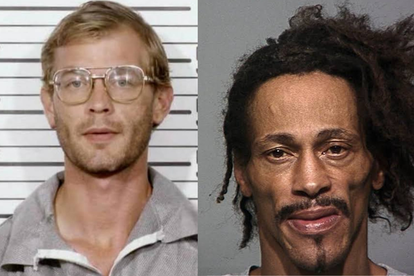 Tracy Edwards was the one that got away – he managed to escape the evil clutches of Jeffrey Dahmer, the infamous serial killer whose gruesome doings are now the subject of a hit series on Netflix. Monster: The Jeffrey Dahmer Story has garnered more success than many would have imagined, becoming the most watched series across the world, on the streaming platform.

Dahmer’s cruelty knew no bounds – most of his victims were killed by strangulation after being drugged with sedatives.

Dahmer’s 13-year killing spree began in 1978 and ended on 22 July 1991 when Edwards escaped Dahmer’s Milwaukee, Wisconsin home and managed to flag down a passing patrol car on the street. According to reports at the time, a pair of handcuffs hung from one of his wrists as he told officers Dahmer had tried to kill him. It wasn’t long before police stormed Dahmer’s apartment and found it full of preserved human heads, body parts and photographs of mutilated men.

He was convicted of 15 killings in Wisconsin. According to prosecutors, there wasn’t enough evidence to charge him with the 16th murder. Dahmer also pleaded guilty to killing a hitchhiker in 1978.

A DARK PATH FOR JEFFREY DAMHER’S ONLY SURVIVING VICTIM

After Tracy Edwards’ scape, he was hailed for helping capture Jeffrey Dahmer, who was known as the “Milwaukee Cannibal.”

Paul Ksicinski was Edwards’ defense lawyer and has told The Sun he understands the lasting trauma the serial killer has caused. Ksicinski represented Edwards after he was accused of tossing a man off a bridge and spoke of the impact that the incident with Dahmer has had on his former client and probably led him on an even darker path.

“Leading up to it, he was homeless. he had no stability in his life because he was traumatized even in ways he probably doesn’t even know. He was the forgotten piece of the Dahmer saga,” Ksicinski said.

He reckons that the incident with Dahmer turned him into “Humpty Dumpty” because he was never able to put the pieces of his life back together.

“At times, he may have appeared or even sounded like, for a lack of a better term, normal. But he was not. He could never get his life together again after that. He abused drugs and drank alcohol excessively. He had no home. He just drifted from place to place. It destroyed his life. I don’t know how or what he could have done to put things back together again.”

In 2011, Edwards was charged with homicide after being accused of tossing a man off a bridge, but he pleaded guilty to the reduced charge of aiding a felon. He was sentenced to a year and a half behind bars. Edwards was last seen in 2015 and his current whereabouts are known.