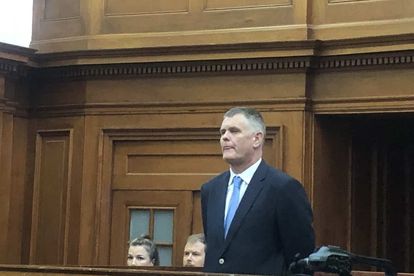 Jason Rohde is facing a total of 20 years behind bars after Judge Gayaat Salie-Hlophe handed down a hefty sentence to the convicted wife killer. His pleas for leniency seemingly fell on deaf ears.

History of the case

The protracted trial revealed startling details of infidelity, unrequited love, domestic abuse and, ultimately, murder. Rohde’s defence hinged on the suicide theory, which claimed that Susan had taken her own life, by hanging herself in the bathroom of their Spier Hotel suite in July 2016.

State prosecutors maintained that Susan’s death was a result of her husband’s rage relating to his own extramarital affair being exposed. The pair had a blazing row when Susan discovered Jason was still in contact with another woman he’d been seeing.

The argument turned physical, and that’s when Rohde is said to have strangled his wife and killed her in the process. His attempts to make the scene look like suicide failed to convince the court of his innocence.

In sharing her judgement, Salie-Hlophe was far from compromising. She branded elements of Rohde’s defence “preposterous”, before going on to further explain why he’ll be in the slammer for the next two decades:

“It is also preposterous and nonsensical to suggest that you would suffer more than others in prison, due to ‘your wealthy lifestyle’ – and I cannot agree with it.”

“You executed successive blows and fatal force. You did not hesitate in the commission thereof and did not call for medical assistance. Instead, you waited for her to die. These aggravated features are so extreme and shocking that it far outweighs your personal circumstances and any other mitigating factors.”

Rohde: What will happen next?

Rohde has the option to lodge an appeal against this sentence. He has previously stated that his children – who will be without either of their parents – won’t be able to survive financially if he spends a long stretch in jail. Two of them had enrolled at Stellenbosch University, but 20-year-old Kathryn has since dropped out due to “the pressure of the trial”.

#Rohde: Salie-Hlope says it’s the duty of the court to contribute in their role as the justice system to impose appropriate sentences particularly where women are murdered violently by their partners. It is in the interest of the community, she says.@eNCA