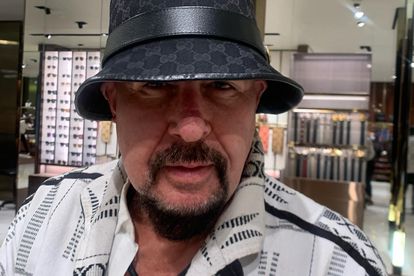 Veteran actor Jamie Bartlett passed away on Monday 23 May at the age of 55. Image via Instagram @realjamiebartlett

Veteran actor Jamie Bartlett passed away on Monday 23 May at the age of 55. Image via Instagram @realjamiebartlett

Friends, fans and family filled Zone 6 Venue in Soweto on Monday 6 June to celebrate Jamie Bartlett’s life and the legacy he’s left behind through touching tributes.

Bartlett’s life partner and manager, Rosa Onious, struggled to fight back tears as she took to the podium to speak about the man she loved.

She thanked Bartlett’s fans and colleagues for the overwhelming support since his death, saying she would not have gotten through the past two weeks without that.

“I will never forget the day I met Jamie, it still feels like yesterday. I usually don’t go to a guy’s house on the first date but he managed to convince me to come to his house for a date. I remember getting there and he was waiting in the middle of the road for my car, when my car stopped, he opened the door and held my hand. In that moment I knew I had found the one…I had found love.”

She spoke about how Bartlett would go up to a gogo on the side of road, selling tomatoes and kiss her, before buying tomatoes from her.

“Jamie was that kind of person…he wanted to support and show love. He was a people’s person.”

Onious became emotional as she spoke about the plans she and Bartlett had for this year.

“I’m angry, I’m sad, but I’m trying to understand there’s a purpose for him wherever he is. A part of the house still smells like him and its difficult. I remember that morning Jamie passed, he told me he loved me and that he could never imagine life without me.”

Bartlett’s close friend and fellow former Rhythm City actor, Zola Hashatsi spoke fondly about how the legendary actor treated everyone with such respect.

“Jamie didn’t care if you were a main cast member, supporting or an extra… he treated you like a human being. He was human, something we should learn. He didn’t do it for Facebook, Twitter or Instagram, he was authentic.”

A former Rhythm City writer, Craig Friedman, said he was very lucky to have been apart of the team that created the character of David Genaro, which he said Bartlett played “so beautifully”.

‘When David Genaro died, a part of him died too’

“Jamie loved to act, he loved to embody a character and he had that ability to look for something extraordinary in a scene. Rhythm City became a family for many of us and Jamie loved that family. Jamie was always the first one there, it felt like when David Genaro died, a part of him died too.”

Friedman reminisced about how Bartlett aka David Genaro had the ability to connect with people, and joked about how he could have the most intimate conversations with a woman he had just met in Pick n Pay.

Bartlett was best known for his role as the infamous villain, David Genaro on Rhythm City, which he held for the more than a decade until the character was killed off. He also built a name for himself with his work in theatre and in film productions such as Mandela:Long Walk to Freedom released in 2013.