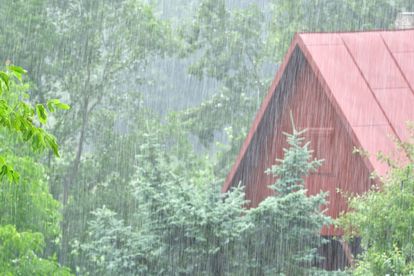 THE COLD WEATHER IS EXPECTED ON SATURDAY FOR GAUTENG

Senior Forecaster Jacqueline Modika said the intense cold front is likely to produce snowfalls over the Western Cape high lying areas and the Western and Southern high lying of the Northern Cape.

The snowfall is expected to spread to the Eastern Cape high-lying areas and the Drakensberg.

Cold to very cold temperatures are expected over the central, southern, and western parts of the country from Friday into Saturday (27 to 28 August 2021).

“Atmospheric conditions will become ideal for widespread snowfall to occur over the high-lying areas of the Cape provinces during Friday. Snowy conditions will subsequently spread to KwaZulu-Natal and Lesotho on Saturday.”

“Heavier snowfall of 10 to 20 cm is also likely over the extreme south-western parts of the Northern Cape (including the Nuweveld and Roggeveld mountains) as well as the Cederberg and Hex River mountains of the Western Cape.”

It said due to significant cooling within the atmosphere and corresponding lowering of freezing levels, snow can also be expected at lower altitudes and in the lower foothills of mountain ranges.

“Snowy conditions are expected to reach the western and central high-lying areas of the Eastern Cape (Sneeuberge and Winterberge mountains) during Friday evening, while the south-western and western high- lying areas of KwaZulu-Natal and the Drakensberg region can anticipate snowfall by Saturday.”

It furthermore said cloudy, cold and wet weather will persist on Saturday, 28 August 2021 along the south-western, southern and south-eastern coastal regions of the country, extending across the eastern half of the Eastern Cape and most parts of KwaZulu-Natal.

“Significant rainfall, in the order of 20 to 40 mm may occur over parts of KwaZulu-Natal and the extreme eastern parts of the Eastern Cape on this day.

“Cold to very cold conditions will dominate the majority of the interior of the country on Saturday and Sunday, with the possible exception of the north-eastern Lowveld areas, where, by contrast, it will be warm to hot on Saturday.”

South Africans can expect a gradual clearing in weather conditions, combined with a consistent recovery in daily daytime temperatures from Monday onwards. Given that overnight minimum temperatures may take several days to recover in the wake of this cold spell, there is a distinct possibility of overnight frost occurring over parts of the interior early next week.

East African culture: how it shaped the music of a state in India