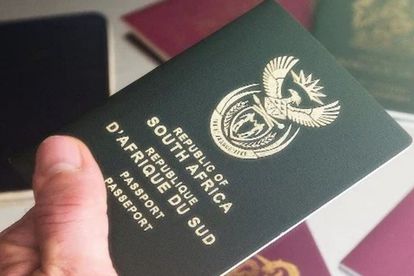 You can now get your Smart ID Card and Passport at certain banks in the country. Image via Twitter @Traveller24_SA

You can now get your Smart ID Card and Passport at certain banks in the country. Image via Twitter @Traveller24_SA

The Department of Home Affairs says services, including for smart ID cards and passports are now available after power was restored to its backoffice in Pretoria.

The department experienced a power failure on Tuesday, 13 September 2022, which impacted its ability to provide crucial services. According to department spokesperson Siya Qoza, the backoffice has a generator and four Uninterrupted Power Supplies, which function as a back-up. However, the power damage affected the UPS when its generator tried kick off.

Back in April, the department was in a similar situation when one of its cables connecting to the State Information Technology Agency (SITA) broke, which meant that services were offline. At the time, its services had to be limited to only passport collections and handwritten death certificates.

HOME AFFAIRS BACK ONLINE AFTER OUTAGE

The Department of Home Affairs, one of the busiest offices in the country, says they have since managed to fix the problem and services can now be utilised again.

“It’s all systems go at Home Affairs offices as power is restored at the Department’s backoffice in Pretoria. Citizens can visit offices from today, Wednesday 14 September, for all Home Affairs services, including smart ID cards and passports. Power was restored early this morning with technicians confirming it is all systems go after working around the clock overnight to fix the problem speedily, to minimize impact on citizens,” the department said in a brief statement on Wednesday.

Explaining how its services were affected during the outage, it said all its Live Capture applications, including Smart ID Cards and passports, could not be issued without first being cleared in its backoffice.