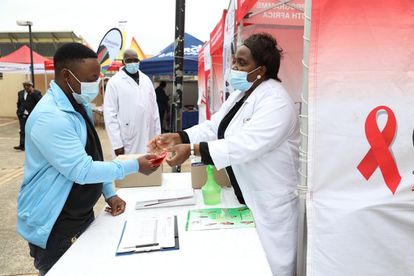 eThekwini Municipality launched a special initiative to reduce the rate of new HIV infections among the youth in the city on Tuesday.

The new initiative comes after many patients discontinued their treatment during the Covid-19 pandemic for fear of visiting local clinics and hospitals to collect their medication. And there has also been a worrying increase in new HIV infections, mostly prevalent among teenage girls and young women between the ages of 15 and 24 during this period, the municipality noted.

eThekwini Mayor Mxolisi Kaunda and initiative champion MEC Kwazi Mshengu addressed the public at the launch of the programme at the Cato Crest Community Hall on Tuesday 5 October.

The launch started with the delegation visiting government and non-governmental facilities that offer medical services and treatment for HIV/AIDS, TB and STIs.

Kaunda pleaded with young people to make use of the facilities to protect themselves and encouraged those infected with HIV to start taking their treatment.

“We want to nip new infections in the bud and increase our efforts to track defaulters and get them back on treatment. eThekwini is the epicentre of HIV in the province but we have seen a decrease in the number of people on anti-retroviral treatment,” he said.

“This programme is one of the ways we want to accelerate our programme of providing post-exposure prophylaxis in all health facilities and Thuthuzela Centres,” he said