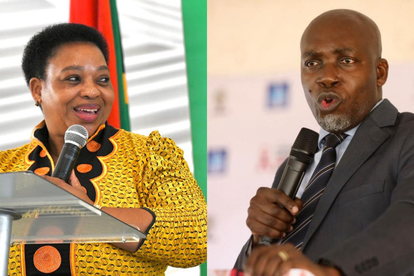 The Mayor of eThekwini, Mxolisi Kaunda has lauded the election of KwaZulu-Natal Premier Nomusa Dube-Ncube and wished her well in her new role.

Dube-Ncube was sworn in on Wednesday, 10 August 2022. She takes over the reins from Sihle Zikalala, who resigned after losing the battle for African National Congress (ANC) Chairperson in the province to Siboniso Duma, at the party’s recently held elective congress. She is the first woman to hold the coveted post in the province.

Kaunda has congratulated Dube-Ncube and noted that it takes place during Women’s Month.

“It is fitting that Comrade Dube-Ncube’s election as the first female Premier in the province comes at a time when the nation is celebrating Women’s Month. This is a perfect way to honour the struggle stalwarts who marched to the Union Buildings in 1956,” Kaunda said.

In a statement released just hours after she was sworn in, Mxolisi Kaunda expressed his support for Nomusa Dube-Ncube and willingness to work with her.

“On behalf of the residents of eThekwini, we pledge our support to the new Premier and we look forward to working with her in our efforts to improve lives. We have no doubt that Premier Dube-Ncube’s impeccable record in government and experience in various portfolios in government will provide strong leadership to the benefit of the people of KwaZulu-Natal,”

Speaking after taking her oath of office, Dube-Ncube addressed opposition parties in the KZN legislature, which she will most likely be butting heads with very soon as premier. She has vowed to maintain a healthy working relationship with all political parties.

“I will maintain a good working relationship with all of you and we will have regular briefings where necessary. To my predecessors, particularly Honourable Zikalala. I wish to thank you for all the good work that you have done for the people of KwaZulu-Natal as a Premier and a wonderful spirit of comradie amongst colleagues and political parties and we are going to sustain that as women, we don’t take for granted the fact that we have made history here today,” she said.