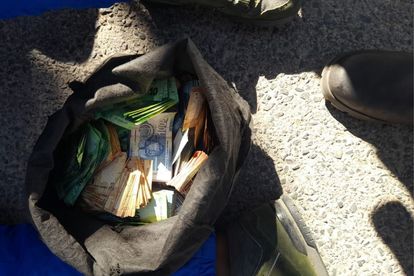 A shootout broke out at an Eerste River shopping centre on Tuesday, 3 May. Photo: Supplied.

A shootout broke out at an Eerste River shopping centre on Tuesday, 3 May. Photo: Supplied.

The Cape Town Metro Police arrested another suspect in connection with the armed robbery at Eerste River post office on Tuesday, 3 May. Four people were wounded in the shooting.

City of Cape Town Metro Police spokesperson Sergeant Ruth Solomons said when metro officers arrived at the scene, after responding to a complaint of an armed robbery in progress in Eerste River, the suspects had already fled.

Solomons said a 54-year-old man was arrested after a tip-off was received.

An undisclosed amount of cash was found in their possession. Once charged the arrested suspects will face charges of business robbery, attack on the police and attempted murder in the Blue Downs Magistrate’s Court.

Swartbooi said members of the Kleinvlei Crime Prevention Unit received a complaint about the robbery at 12:45.

The armed robbers allegedly entered the post office and demanded cash. When the police arrived at the scene, a shootout broke out.

As previously reported, three men and a woman were struck by bullets in the shootout between the alleged robbers and officers. A 76-year-old man and a 30-year-old police constable were among the wounded.

A male security guard, 40, was in a serious condition – he was shot in the thigh, while the elderly man and woman, 40, were both shot in the foot.

According to ER24, the wounded police officer was also in a serious condition. He was privately transported to a nearby hospital.

The remaining patients were treated by the paramedic service before being taken to hospital for further care.