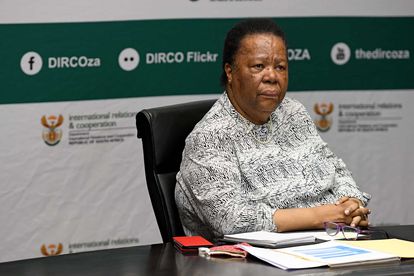 The Department of International Relations and Cooperation (DIRCO) has fiercely rejected some reports that some former members of the Islamic State terror group, also known as ISIS, have been brought to South Africa as part of a secret operation.

The Sunday Times reported recently that government was repatriating hundreds of South Africans and their families, who had fought for and aided Islamic State in Syria. According to the publication, DIRCO and the Department of Home Affairs led the process. The former fighters were apparently provided with new identity documents and a means to resettle.

But DIRCO spokesperson Clayson Monyela has denied the report, saying: “The Department of International Relations and Cooperation (DIRCO) has, in recent days, noted false and irresponsible newspaper reports indicating that hundreds of former ISIS fighters have been repatriated to South Africa through a “secret operation” carried out since 2019. The reports have no factual basis”

YOU CAN ALSO READ: SA co-operating with US authorities probing locals linked to ISIS

DIRCO does however admit there are 16 women and children in Syria who are believed to be South African citizens and are being provided assistance. While it makes no mention of links to ISIS, the department says it is monitoring the situation via embassy in that country and that consultations are ongoing.

“It is important to note that Dirco is entrusted with the responsibility of providing Consular Services to any South African in distress abroad, in a transparent manner and within the framework of the South African and International Law. The newspaper reports alleging that DIRCO has facilitated the repatriation of hundreds of ISIS fighters are devoid of any truth and violate the Press Code”

Meanwhile, back in March, government said it was providing support to the United States (US), as it works to clamp down on a series of dubious financial crimes aimed at helping fund Islamic State (ISIS) and its groupings across the continent.

The US Treasury announced sanctions against four people it believes have played a critical role in securing financial aid for the terror group. Two of the men – Farhad Hoomer and Siraaj Miller – have also allegedly served as leaders of ISIS cells in South Africa. While Peter Charles Mbaga reportedly arranged money transfers to ISIS-M from South Africa and Abdella Hussein Abadigga helped recruit young men in the country and sent them to a weapons training camp.

YOU CAN ALSO READ: KZN ISIS trio’s murder and kidnapping trial of UK couple the Saunders to begin