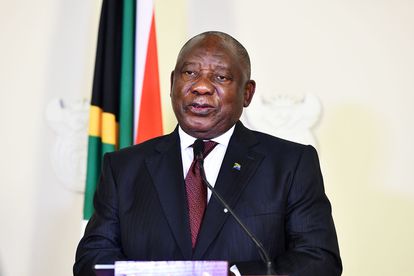 President Cyril Ramaphosa addressing the nation at the Union Buildings in Pretoria, on developments in South Africa’s response to the COVID-19 pandemic – Photo: GCIS

President Cyril Ramaphosa addressing the nation at the Union Buildings in Pretoria, on developments in South Africa’s response to the COVID-19 pandemic – Photo: GCIS

President Cyril Ramaphosa has declared a National State of Disaster, in the wake of the davastating floods which rocked KwaZulu-Natal (KZN).

Ramaphosa addressed the nation on Monday evening, 18 April 2022, a day after Cabinet met for a special sitting to discuss how to respond to the floods in KZN and in the Eastern Cape.

Heavy rainfall has left behind a trail of destruction in recent days, prompting government to declare a state of disaster in KZN. More than 4 000 homes and other infrastructure have been damaged or washed away. At least 443 people have lost their lives while close to 50 people remain unaccounted for at this point.

RAMAPHOSA: OTHER PARTS OF SA AFFECTED BY DESTRUCTIVE WEATHER

Whille a provincial state of disaster was declared in KZN to help the provincial government further respond to the floods, President Cyril Ramaphosa says this is not enough as other parts of the country will need intervention as well. The Free State and North West may also be affected by bad weather.

“It is clear that there are other areas of the country that need emergency intervention as well.Cabinet met in a special session last night and decided to declare a national state of disaster. The minister of Cooperative Governance and Traditional Affairs has been mandated to gazette the national state of disaster. This is to ensure an effective response across all spheres of government to extreme weather events and conditions that have occurred in several parts of the country”

Ramaphosa has noted the extent of damage caused by the floods in KZN – the provision of critical services like water and electricity, but he says that is being addressed.

“Extensive work is underway to restore basic services such as water, electricity, sanitation and waster removal in various areas in the province. These efforts are being hampered by damage to the main supply systems and inaccessibility of some areas.  So repair in some of these areas will take time.”

WATCH | Pitso on Al Ahly exit: I needed this rest with my family! [Video]