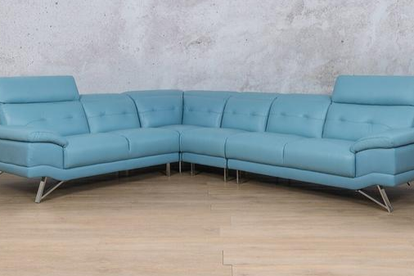 ‘Pablo,’ the R70 000 blue couch that was taken when an upmarket furniture store in Springfield was looted two weeks ago has reportedly been FOUND.

THE COUCH WAS FOUND JUST METRES FROM THE STORE

According to a media report, a police source, the couch was recovered from an informal settlement in Quarry Road, just metres from the store’s location.

He told the publication that the couch was recovered at the weekend and has been partly damaged.

The couch quickly gained fame after the looting when Leather Gallery’s call for aid with information on the couch’s whereabouts.

The store, which specialises in modern furniture and lifestyle items posted the following on their Instagram account: “Hi fam, Our Springfield store was looted. We are also missing a blue couch. If you see it, please tag @sedgershome. We are willing to exchange it for something that fits the house. #StaySafe #UniteSouthAfrica.”

The couch, which is priced from R67,999, was the subject of a meme when it was photographed at an informal settlement hours after being stolen from the Springfield showroom during the unrest that swept through Durban.

Leather Gallery then appealed for information on the whereabouts of its “beloved” sofa, which was “now stranded in the cold,” on Instagram.

The couch became a viral meme in South Africa, after which local TikTok star, Tumi Mmope, better known on social media as ‘Tums’, proceeded to post a hilarious video about ‘finding’ the missing couch.

Police have spent the last two weeks recovering items looted during the unrest that took place in KwaZulu-Natal and Gauteng.

Hundreds have since been arrested for their involvement in the unrest.