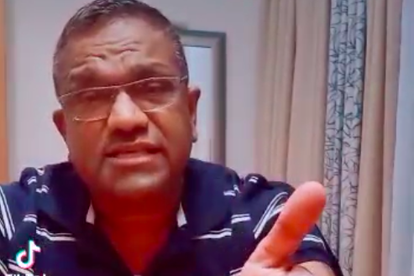 African Democratic Change  (ADeC) leader, Visvin Reddy, said he had lodged a complaint against the DA for allegedly violating the electoral code in Phoenix and Chatsworth in KwaZulu-Natal (KZN).

The party alleged that this followed reports that the DA had used tactics that had breached the Electoral Act.

However, DA leader in KZN, Francois Rodgers said the allegations were “unfounded” and ADeC was welcome to lodge a complaint with the Independent Electoral Commission (IEC).

ADeC said in a statement that it had lodged Section 65 objections with the IEC and it expected to launch investigations immediately.

The party alleged that the DA had resorted to a “dirty tricks campaign” to sway voters, particularly in Indian areas.

“They falsely claimed that the election was a two horse race between the DA and the ANC and created panic and fear among the voters. This was done through smses sent in the evening of the elections,” Reddy said.

ADec also alleged that in ward 69, more than 40 voters were registered at an address and the owner of the property had no clue who they were.

“It seems that the DA candidate registered these people using this address,” Reddy claimed.

He added that a DA ward councillor had allegedly been removed from the voting station by IEC officials and the police for creating a disturbance.

“We believe that these Electoral code violations by the DA are material to the outcome of the elections in the area and demand a full scale investigation into them. We condemn the fragrant flouting of the law by a party that prides itself in being clean and law abiding,” Reddy said.

Rodgers said the allegations were “unfounded”.

“On both issues quite simply…they can lodge their concerns with the IEC for investigations. I’m certainly not going to respond to unfounded allegations,” Rodgers said.

A spokesperson for the IEC had not responded to questions at the time of publication.